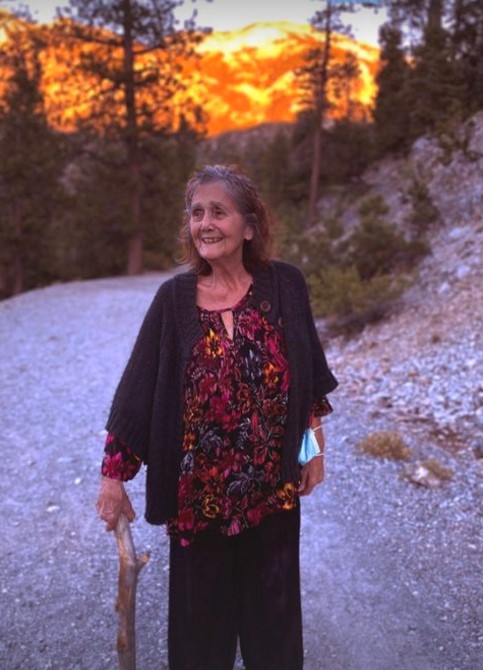 Alicia Abreu Alvez de Marquez, “Mamalicia”, was the beautiful third child of Emilia Alvez and Diamantino Abreu, born on the 6th day of April in 1931 in Porto, Portugal. Alicia’s effervescence, kindness and endless love she instilled in all the primaveras she saw inspired so much love in the world and continues in all the people she loved, nurtured and blossomed because of her love.

Only a year old, Alicia embarked on a month-long Atlantic crossing from Portugal to Uruguay with her family. They arrived in Uruguay and built a life for their family, speaking Portuñol, adapting to an immigrant’s life away from family. The Abreu-Alvez family owned an acre of land in which they planted and sold vegetables and became the garden of their city. Mamalicia would tell stories of this era of her life with such fondness; the purity of the air as it hit her curls as she gardened, worked, danced and sang amongst the trees with her mother, father, brother and two sisters.

At 13 years old, Alicia and her father began a cross country journey with their family horse, El Dorado, by cart to Maldonado. It was a month-long journey filled with adventure and struggle that led them to the land that would be able to sustain the family and call it home.

Mamalicia met her compañero de vida, Carlos, when she was 15 years old. They met on a dirt road while she was going to fetch water for her home. He was riding a bike and when he saw her he could not take his eyes off her so he fell right in front of her and that made her laugh so hard that they started talking. That was the beginning of their love. The beginning of a long line of children, grandchildren and great-grandchildren. For 57 years they loved each other until Carlos passed away. Together they were Mamalicia and PapaCarlos. She always missed and loved him so.

In 1951, Alicia welcomed her first born, Daniel, into the world. In the first years, they were very poor but through hard work and love, they provided an upbringing that was still full of music and happiness. They were always wealthy in love.

In 1968, Alicia immigrated to Alexandria, Virginia after Carlos found work as an albañil in the United States. In the cusp of her 40’s in 1971, Alicia welcomed a baby girl, Emilia. Thus would start a lifelong best-friendship, filled with music, adventures and palisa de besos.

Uruguay would see Alicia and her family immigrating there once again in the 1980s. Throughout the 1980’s to the 2010’s, Alicia would welcome five granddaughters and four great-granddaughters, becoming a second mommy to all. Her children, grandchildren and great-grandchildren weren’t the only ones that saw her as a mom. It was also her four nieces and so many who had the privilege to witness her motherly instinct, presence and love. The family matriarch. She became lovingly known as “Mamalicia” by all.

In 2001, Alicia provided the backbone for  the new life her daughter and family were able to build in Las Vegas, Nevada. She loved traveling, and oh, did she travel! Mamalicia was like a bird and followed the warmth of the sun year round. In the last few years, she lived with her daughter’s family, filling their home with love. Encouraging them through her profound love of music to reach for their dreams and never stop making music. She loved Las Vegas, in all its natural splendor and neon lights. She made a home wherever she was. It was in this home that she passed, surrounded by love and music. Her final resting place will have a view of the airport. She so loved to watch airplanes.

Mamalicia knew loss in her life, but she reveled in the love that she lived and surrounded others with– always with a smile on her face. She was always ready to dance. To turn the music up loud. To say I love you. To be kind to a stranger. To always say a million goodbyes and blow a million kisses before hanging up the phone. Always ready to send sweet messages filled with emojis and make sure to ask how you were doing. Always knew how to make you feel better and feel loved. Her mind was filled with intricately told stories, songs she learned in her childhood and pure beauty. She taught us to love nature, to love ourselves, to see the beauty of this magnificent life. Mamalicia has always been, and always will be love.

All of your flowers are in Wonderland.