It is with great sadness that the family of Bernice C Martinez announce that she went to be with her Lord and Savior Jesus Christ on January 27, 2022.

Bernice was born on October 24, 1936, in San Juan, New Mexico.  The family later moved to Flagstaff Arizona where she grew up, married and raised her children.

Bernice who also went by Bea, had many firsts.  She and her late husband were the first Hispanic couple to be married in the Church of the Nativity in Flagstaff Arizona.  Bernice was also the first Hispanic DJ in Northern Arizona for a radio station who played Hispanic music.

She is preceded in death by her parents, Jacobo and Adela Chavez, her brother Phillip Chavez, her sister Felonice and brother Ralph Chavez who both died at infancy.

In leu of flowers, we ask that a donation be made in her name to her favorite charity, St. Jude’s Children’s Hospital. 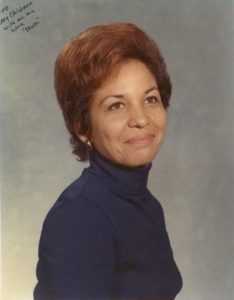