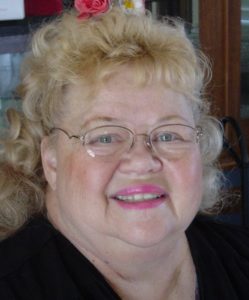 Brenda was born in Las Vegas, Clark, Nevada to Earl Preston and Margaret (Wilson) Preston on September 5, 1943.  She graduated from Las Vegas High School.  She worked as a hair dresser for JC Penney’s and several other salons before owning her own salon.  She was a member of the Church of Jesus Christ of Latter Day Saints.  She had a joke for every occasion to share with everyone that was around her.  She loved doing genealogy research with her sister, Pamela Wade.

Brenda is preceded in death by her parents, Earl Preston and Margaret (Wilson) Preston, her sister, Peggy Sue Preston, and her brother, Richard Whitemore Preston.

She is survived by her son, Kevin Earl Preston, her sister, Pamela (Preston) Wade and her 4 grand children, Belldandy, Tiarra, Richard and Gabrielle Preston.