It is with great sadness that we announce the death of Burel Block (Las Vegas, Nevada), born in Anadarko, Oklahoma, who passed away on February 21, 2022, at the age of 84, leaving to mourn family and friends. He was a former Spanish teacher in Muleshoe, TX, and he went on to become a principal in South Texas and in San Antonio, TX. Later Dr. Block would become a superintendent of schools in Bemidji, MN. Before he retired, he worked as an education professor at Albany State College in Georgia. He is survived by Patsy, his wife of sixty-six years, his son Dr. Steve Block of Lubbock, Steve’s wife Melba, and his daughter, Starla Immak, and her husband Rewat of Puyallup, WA. He also has six grandchildren, Scott Block of San Francisco, CA, John Block of Juneau, AK, and Tanya Block from Lubbock, TX. Other grandchildren include, Joy McKenna of San Francisco, CA, Sean and Star Immak both of Puyallup, WA. Burel will be privately cremated, and his ashes will be spread at a later date. Leave a sympathy message to the family on the memorial page of Burel Block to pay them a last tribute. Please donate to National Audubon society in lieu of flowers. 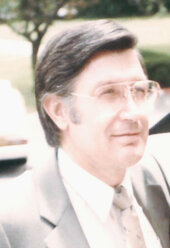