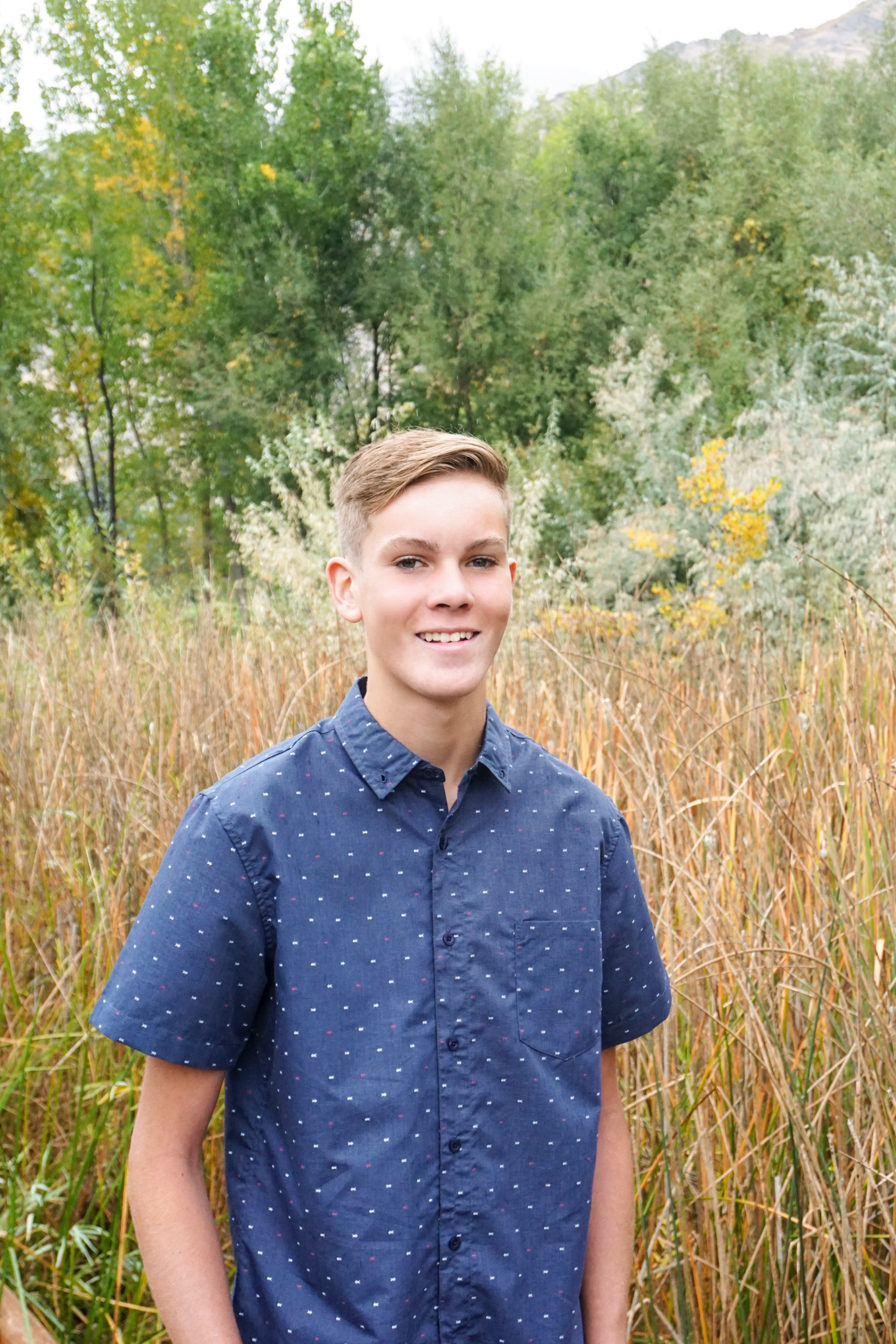 Caleb was raised in California, Utah, and, finally, Las Vegas. He loved and respected his parents, who love him and will miss him dearly. His younger brother, Jacob, was his partner in crime. With his family, Caleb enjoyed doing the things he loved most – traveling, playing sports and video games, watching movies, and spending time with extended family and friends. Some of his most treasured activities were spending time at the beach, hanging out with his cousins (especially at family reunions and holidays), exploring the Las Vegas area with his friends, listening to music, and watching his favorite movies, such as the Lord of the Rings, the Hobbit, and the Harry Potter series. In fact, he loved them so much he had a tradition of watching one of them with his family every week. He was a Boy Scout and was working towards earning his Eagle Scout award when he passed.

Caleb was an avid athlete and sports enthusiast throughout his young life. You could always find him cheering for his favorite teams – the San Francisco 49ers, Golden State Warriors, and Los Angeles Angels. He loved playing sports as well, football and basketball especially. He was in his junior year at Shadow Ridge High School, where he played on the Junior Varsity basketball team and had his sights set on playing Varsity this year. He was committed to continual athletic improvement through his strong work ethic, and not a day went by without him being ready to throw his shoes on at a moment’s notice to toss the football or shoot hoops with his dad when he came home from work.

Caleb had an unparalleled love of music. He went about much of his life wearing his AirPods, listening to music while completing his daily tasks – pulling weeds, unloading the dishwasher, eating cereal, cleaning his room, and doing homework. He shared that love of music with his younger brother. They would often be found racing for the power cord in the car to be the one who got to play his favorite music playlists. He and Jacob loved to play the guitar together.

While Caleb’s 6’5” frame caused others to look up to him physically, he was also looked up to as an example by his friends and family. He prioritized family over everything else, with a particular love of his younger brother
and cousins. He loved rubbing shoulders with his aunts and uncles and learning from them about life. He was truly a joy to be around.