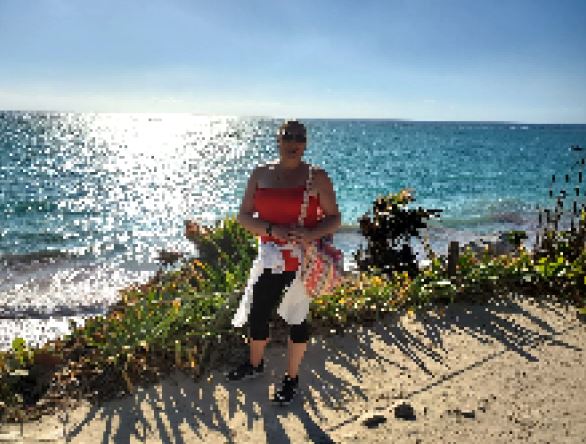 Christy Skeens McMorris, born May 26th, 1976 in Fairbury, Nebraska. Died on December
11th, 2020, in Las Vegas, Nevada. She lived in Nebraska until she moved to Colorado with
her mother and sister in 1991. She met the love of her life Robert in 1991, and had her first
child Jacob in 1992. Christy and Robert were married in 1994, they had their second child,
Zachary in 1996 and their daughter Alexis in 2001.
Christy had a sparkling, irresistible persona that no one could forget. Her kind, amazing
soul showed in everything she did. She made a lasting impact on the hearts of everyone she
met. She had a love for adventure, admiring new landscapes, cultures, and enjoying the
beauty of life in all things, big and small. She loved taking pictures, and making people
smile.
Christy was proudest of being an amazing wife, mother, daughter, sister, aunt and friend.
She is preceded in death by her mother Diana Skeens and she is survived by her husband
Robert McMorris. Children; Jacob, Zachary, and Alexis. Sisters; Denaya & Tekisha, and
her Nieces, Nephews and Great-Nieces & Nephews.
She was a kind, loving person that will be missed forever.