Darrell Eugene Stubbs returned home to his Heavenly Father on December 23, 2021 in North Las Vegas, Nevada. He was surrounded by loved ones, including his beautiful wife and love of his life, Colleen Farr. He was born on July 21, 1946 to Mary Kathleen Tomsik(D) and Ephraim Glade Stubbs(D). He was the middle child of seven siblings including Larry(D), Linda(D), Richard, Gary, Sheila and Debbie. He graduated from Western High School in Las Vegas, Nevada, Class of ’64. He loved music and was a talented musician. He fondly recalled times spent drumming with his band “The Candells”. He bravely served two tours in Vietnam as a helicopter pilot; the first tour was 173rd Assault Helicopter Company as an UH-1 (Huey) pilot, his second tour was the 187th Assault Helicopter Company as a AH-1 (Cobra) pilot. Being a helicopter pilot was his passion and became his profession providing him many adventures throughout his lifetime. Darrell was always crazy about flight and loved all flying machines. He had a lifelong love affair with the Alfa Romeo automobile, and enjoyed time spend on his ham radio He was a kid at heart and used his many talents and hobbies to bring joy and lasting memories to many people’s lives.

Services will be held in his honor on Thursday, January 6, 2022 at 11:00am at The Church of Jesus Christ of Latter-Day Saints chapel located at 5975 Clayton St, North Las Vegas, Nevada. A viewing will be held for the family prior to the service at 10:00am. Graveside dedication and burial will be held on January 21, 2022 at 9:00am at Southern Nevada Veterans Memorial Cemetery located at 1900 Veterans Drive, Boulder City, Nevada. 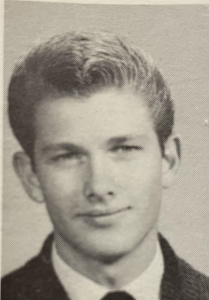 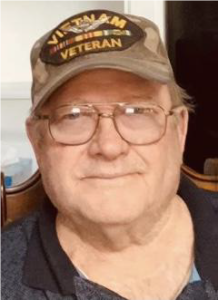