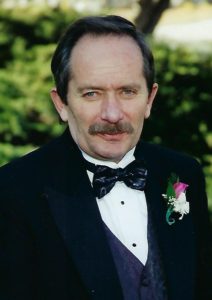 On September 26, 2019, we unexpectedly lost our loving husband, father, grandfather, brother, and friend when Stewart passed away in Sparks, Nevada.  David Stewart Moss (72) was the second of five children born to David Claude Moss and Cleo Lucille Lund.  Stewart was raised on a dairy farm in Woods Cross, Utah, where he learned at a young age the value of hard work and providing for family.  He graduated from Bountiful High class of 1965.  Stewart spent his early years working the farm, joined the Army Reserves, drove school bus for Davis County, and was a Davis County firefighter.  In his free time, Stewart loved racing his El Camino at Bonneville.

Stewart married Frances Stone on February 13, 1970, and had three children: Rocksan, David, and Nitisha.  Stewart and Fran later divorced.  He continued working and furthering his education by going to a night school.  Stewart met Margie Linford and married shortly after on December 15th, 1980.  Together they had one child, Shalene.  Stewart continued working for Eaton Kenway where his job required him to travel often.  When he wasn’t working, you’d find him in the fields with the cows, chopping wood in the woodpile, welding a big project, riding four-wheelers, camping, or rafting the Green River always surrounded by family and friends.  In 1987, he took a job offer to work for Arrow Electronics and moved his family to Yaphank, New York.  Living in Long Island, Stewart gained a true testimony and love for the Book of Mormon and the Church of Jesus Christ of Latter-day Saints.  He had many service opportunities and callings in the church; he especially enjoyed being the ward missionary leader.  Stewart enjoyed the friends he made in NY but the distance from Utah was too much.  He transferred to Reno, Nevada in 1995.  His second marriage ended in divorce in 1999.  Stewart met Rosalinda (Allen) at the Reno temple in January of 2001.  They married on April 5, 2002 at the Columbia River Temple in Washington to enable Rose’s son, Ryan, who was serving as a full-time missionary in the area to be part of the temple wedding.  Together, they spent his remaining years living in Reno and Sparks, serving in their local LDS ward, discovering the world (he especially enjoyed Victoria, Canada), and traveling to visit family.  Stewart bravely fought and lived with kidney disease for the last eighteen years, taking a huge toll on his body.  His medical condition was further complicated by a recent finding that he had a heart valve blockage. He was often tired and weak but continued to live life and loved every moment.