Doreen Charlotte Stetler, age 79, a beloved wife, mother, grandmother and great-grandmother, of  North Las Vegas, passed away in the early hour of March 13, 2022.

Doreen was born in the Detroit Area and began her career in nursing after graduating from the Boston City Hospital School of Nursing. She continued as a nurse for 30 years and along the way received a Bachelor of Science in Nursing Administration from the University of Michigan. She then pursued a short career as a nurse case manager while also going to back to school and earning a law degree from the former Detroit College of Law. After graduating law school she worked for 20 years in the appellate division of the Social Security Administration in Flint, Michigan.

Doreen was a loving, kind person who cared about others and valued friendships; always there to lend a helping hand to those in need or comfort in sorrow. She had a quick wit; she was known and respected to be fair in her professional practice. She loved to read, enjoyed movies, loved her dog Barney and was an avid keno player. She was a beloved wife, mother and friend. She will be missed very much and will forever be in our hearts.

Doreen was preceded in death by her beloved husband Paul E. Stetler and loving son Jeffrey A. Stetler. 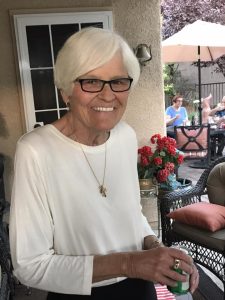