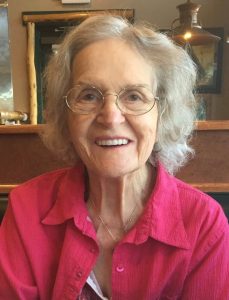 Dorothy C. White, 93, formerly of Sikeston, Missouri, went to meet our Lord on April 5, 2020 at Prestige Senior Living in Henderson, Nevada. She was born Dorothy Claire Stoppenbrink on March 29, 1927 to Enid and Louis Stoppenbrink. Dorothy grew up in West Frankfort, Illinois, and was raised by her maternal grandparents, Bertha and William Martin. She later lived in Missouri with her mom and stepfather A.C. Shelby. Dorothy was a Christian who was active in the Church of God (Anderson, IN) her entire life.

Dorothy’s many credits include that she: taught school for a year in a four room country schoolhouse; professionally practiced as a substitute school teacher; served as a PTA president; taught in-depth Sunday school; lead a Girl Scout troop; performed in Little Theater stage productions; participated as a bassoonist in several city orchestras; enjoyed membership in Beta Sigma Phi; skillfully played the piano; and she even wrote and promoted a children’s book! Dorothy traveled all over the world and made trips to Europe, Asia, Australia, and South America, including a ride down the Amazon River when she was 80 years old!

A memorial service will be held for Dorothy at a future date.