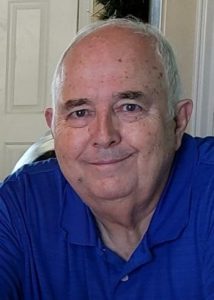 Douglas Kenneth Johanson (71) passed away April 9, 2020 from COVID-19. Doug lived much of his early life in Inglewood, California. He was an active youth, participating in band, sports, church, and excelling in his academic studies. He earned the rank of Eagle Scout. He served as a missionary for The Church of Jesus Christ of Latter-day Saints in the West German Mission from 1968 – 1970. He spoke fondly of this time and it became a strong foundation of his faith.

He attended Brigham Young University in Provo, Utah, earning a bachelor’s degree in mathematics with minors in physics, aerospace studies, and German. Doug met his wife Janice in the Cougar Marching Band, where he played trombone and she played flute. They were sealed in the Los Angeles Temple on May 29, 1971. Together they had six children and were an example of love and devotion to each other and their children.

Doug served in the US Air Force for twenty years as a plans officer and as an F-111 navigator. His assignments in the military brought his family to Mississippi, California, Nevada, England, Idaho, Turkey, New Mexico, Germany, and back to Nevada. He earned a master’s degree in education from College of Idaho. He stayed in Las Vegas after his retirement from the US Air Force in 1993, and started a second career teaching high school math and German. While at Las Vegas High School he served as Math Department Chair.

Throughout his life Doug accepted opportunities to serve in his church and the community. He sang regularly in church choirs and held several leadership positions. Together with his wife Janice, he served a mission to the Family and Church History Headquarters in Salt Lake City, Utah from 2015 to 2017. In 2018 his book “Creationism and the Book of Revelation, An Outline of the Last Days” was published. He was a lifetime student and lover of the scriptures and the gospel of Jesus Christ.

He was a fun-loving and humble man. He loved others, and gave great hugs. He had a passion for family history and record keeping. He was very organized and thorough in his work. He found opportunities to teach others basic life skills. He always took time to support his family and show them that he loved them.

Arrangements for a memorial service will be made once the pandemic has subsided and friends and family can safely gather together.