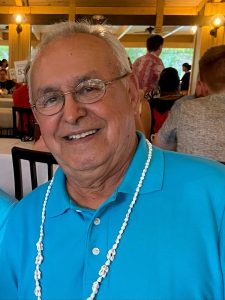 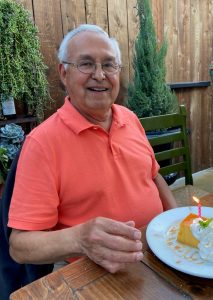 Edward Gallegos, brother, father, grandfather, companion, and storyteller, passed away on November 17th 2022, unexpectedly, at the age of 81 at his home in Sparks, Nevada.

Ed was born in Pagosa Springs, Colorado, in 1941, to Moises and Margaret Gallegos.  He was the youngest of 3 boys.  He spent his early childhood in Durango, Colorado, and his family moved to Hawthorne, Nevada, when he was in elementary school.  Ed graduated as a proud Serpent from Mineral County High School in 1959.  After moving back to Durango to attend Fort Lewis College for a year, Ed enlisted in the United States Army.  He was stationed at Schofield Barracks on the island of Oahu.  Following his military service, he moved to Bremerton, Washington, where he enrolled at Olympic College and began working at Sears.  He met and married Jane Strong in 1967 and they went on to have two children, Janel and Mark.  Although divorced, Ed and Jane remained good friends until his passing.

Nothing excited Ed more than planning vacations with his kids and 5 grandkids, including trips to Lake Tahoe, Hawaii, and Mexico.  A 2018 trip to Spain with Janel and Mark to explore their Spanish roots (something Ed was very proud of) was particularly memorable.  He cherished a recent road trip he took with his brother Johnny in May to visit extended family for the cattle branding on the ranch in New Mexico.

Ed shared a wonderful relationship with his longtime companion, Kay Rosemark, and her family.  Kay brought out the best in Ed and the past 19 years were Ed’s happiest.  Kay’s children and grandchildren looked to Ed as a father and grandfather figure in their lives and he was always so appreciative to be included in their family.

Ed had a distinguished 32 year career as an Allstate Insurance Agent in Bremerton.  He loved serving and chatting with his clients and earned many awards throughout his career before retiring in 2000.  In 2003 he moved to Las Vegas before settling in Reno/Sparks in 2005, where he lived until his passing.  Ed loved living in Northern Nevada and always remained close with the friends he grew up with in Hawthorne.  Up until his passing, they did monthly soup nights and went on several vacations and cruises together, often planned by Ed.  Rarely, if ever, would Ed and Kay miss an Armed Forces Day celebration in Hawthorne.  He treasured those times with his friends.

Tinkering with cars was always one of Ed’s favorite pastimes.  He restored many classic automobiles over the years, including a 1965 Mustang Convertible, 1956 Chevy Bel Air, 1975 Jeep, and a vintage travel trailer.  In September, Ed proudly gifted his 1956 Chevy Bel Air to his grandson’s, Cole and Blake, who will carry on his love of classic cars.

“Have I ever told you the story…?” This was Ed’s most famous line!  He was a master storyteller and jokester.  He often told the same story more than once, but we all loved that about him.  One of the best things that we will all remember about Ed is his gift of conversation.  As his mom always said, “Ed doesn’t know any strangers.”

Ed is survived by his older brother Johnny Gallegos, his daughter Janel Mason, his son Mark Gallegos (Denise), and his grandchildren Cole, Blake, Alex, Ryan, and Naomi.  He is also survived by his longtime companion, Kay Rosemark.

He was preceded in death by his brother Teddy, father Moises, and mother Margaret.

Rest in peace, Ed.  We are filled with joy knowing that you lived a life of good health, purpose, and love of family and friends.  We all love you very much and will honor your life by living our lives to the fullest.