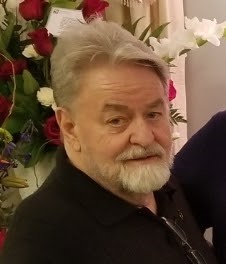 Reno, NV – October 22, 2020 – Evan Lynn Hodge, Sr. received his final calling to serve on the other side of the veil as an angel, watching over us and preparing to serve as a missionary once again.  We all know how much being a missionary means to him. It has changed his life numerous times and he will cherish the memories forever!

The year 2020 was very difficult for him, beginning with an infection in his foot in January.  Unfortunately, in early October it was discovered he had bleeding ulcer which ultimately led to pneumonia and congestive heart failure.  He fought the good fight but clearly the Lord had other plans for him at this time.

He was born 5 February 1942 in Provo, Utah, the only son of Marjorie Alene (Carter) Proebstel.  He spent a few years of his life in Utah before his mother married and he became what he called “an air force brat”. He lived in Tacoma, WA, Boston, MA and multiple locations in CA, finally ending up in Southern CA where he spent the majority of his life.  He went to school in the San Fernando Valley where he attended Junior High and High School.  He spent his Jr. and Sr. years of High School as the school mascot “Tommy Tiger” alongside “Tessie Tiger”.  They were quite the entertainers, performing back flips and climbing ropes to the gym ceiling.  He was always involved in one sport or another, be it football, tennis or baseball which led him to play catcher for the Los Angeles Dodgers Rookie Baseball Team.  He remained a lover of baseball in all forms whether as a catcher, coach, and referee as well as traveling to tournaments with his church softball team.  His love for everything “cars” kept him very busy making adjustments to shocks and struts and taking trips to Mexico with his buddy and best friend, Dan Madsen,  for a little “tuck and roll” on the upholstery of all their favorite cars. He and his buddies started a church car club called the “Redeemers” and their jackets portrayed the Angel Moroni.  Throughout his lifetime he was the proud owner of well over 30 automobiles of every type and style all the way from his ‘40 Ford Coupe to his 1998 XJ8 Jaguar.  He was the proud owner of a service station before graduating from high school. He sent many of his employees off on their missions always saying a mission wasn’t for him but he would take care of their “dollies” while they were away. It finally took a challenge from his Bishop to pray about it and let him know why he shouldn’t go on a mission himself.  He later came back with the realization that serving a mission for The Church of Jesus Christ of Latter Day Saints was exactly what he should be doing.  He sold his business and was on his way to serve the people of Lima Peru and surrounding areas in the Andes Mission.  He served the people of Peru for 2 ½ years, from 1962 to 1964, and he loved it more than words can express.  He was forever grateful for the opportunity he had to learn spanish, mainly from the children he met and, of course, through prayer and study with the people in Peru.  He will be forever grateful for the blessings it afforded him, both with his work and his church connections.

After returning from his mission he and his mother sponsored a member of one of the families he baptized while in Peru to come to the US to go to school. Her name was Renee Puppi.  They renewed their friendship and were married in July of 1965 and started their family in May of 1966 when their son Evan Lynn Hodge, Jr. was born, followed by Cristina Renee Hodge in 1968 and Adrian Andrew Hodge in 1970. They were later divorced.  His three children were truly his pride and joy.  He is very proud of each one of them and the accomplishments they have made throughout their lives.  He loved to share stories about them when they were growing up and he is truly grateful for the opportunity he had to be their Dad. His last communication was expressing his love and letting them know how much he cherished and adored each one of them.

When he first returned from his mission, he began working at General Motors, moving into management and becoming a Spanish interpreter with the employees.  While there, he was introduced to the life insurance business, and he decided to give it a try, fell in love with it, and he remained an independent agent for the next 54 years.  He truly loved being an agent and meeting new people every day.  He loved each and every one of them and considered all of his clients to be his friend or even family and wanted to help them in any way he possibly could.  Being an agent was a perfect fit for him and his outgoing personality.

Lynn served in many callings in the Church, and one of his favorites was being a Seminary Teacher for 5 years. He loved working with the youth and helping them study and learn and find their way in life.  His other most treasured calling was serving as an Ordinance Worker in the Los Angeles Temple, which he did for over 20 years.  While working in the temple he met his eternal bride, Whitney Regan (Watts) Hodge, and during their 17 years of marriage they continued serving together in the temple. They also taught Sunday School to the youth, and served as Stake Missionaries in the Spanish Branch in Oxnard, CA for 3 years. After moving to Reno, NV they had the opportunity to serve as Church Service Missionaries with the BYUI PathwayConnect Education Program, which afforded him the opportunity to work with the youth once again.

Surviving are his wife Whitney, his children Evan, Cristina, Adrian, and his Aunt Faye Hall.  He is preceded in death by his mother Marjorie Alene Proebstel, his adoptive father Thomas Hodge, his Father-in-Law Robert J Watts (his new mission companion) as well as numerous aunts and uncles.

Memorial Services will be held Saturday, November 7, 2020 in Reno at 12:30 pm in the Reno Nevada Stake Center, 1095 Golconda Drive, Reno, Nevada.  A viewing will be held Saturday morning November 7th from 10:30 am to 12:00 noon.  If you are planning to attend the services and traveling to the area, please RSVP to Whitney Hodge at (805) 813-0819, for hotel accommodation information and the luncheon following the Memorial Services.

In lieu of flowers, please feel free to donate to your favorite charity in his name or you can donate to one of his favorites that he contributed to regularly (ie: LDS Missionary Fund, BYUI PathwayConnect Education, Disabled/Paralyzed Veterans, St. Judes or Primary Children’s Hospital).