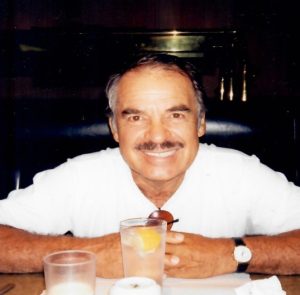 Francis Willard Manwill lovingly known by family and friends as “Bud” was born in Richfield Utah to Lamont Willard Manwill and Francis Carmen Chavez. Bud grew up in this small Utah community with his big sister Patsy enjoying church activities, scouting functions, and auto body repair. Graduating from Richfield High School in 1952 with a scholarship in music Bud played the trombone and had such a strong singing voice that he was invited to sing on the local radio for several occasions. Attending Southern Utah University his summer months in college were filled working logging camps and other various jobs with his dad Lamont, eventually celebrating graduation in 1954. He served in the Navy from December 7th, 1955, through August 22nd, 1957.

Bud would marry his sweetheart Sallie Richardson while stationed at the Naval Base in San Diego on July 3rd, 1956. worked for the Union Pacific railroad as a brakeman from 1958 to 1960 with some of his rail stops in Las Vegas.

Bud would embrace firefighting and during the 1960s he would promote to engineer eventually attaining the rank of captain in 1970. He and Sallie would meet and make lifelong friends through his career, their neighborhood, and the surrounding small Vegas community. The Merrill House was also lovingly nicknamed “the big house” starting out as a single-story barracks eventually becoming a two-story multi-bedroomed custom home including a small shop out back with two or three cars a week painted or repaired.

Bud loved cars like a duck loves water. He was very skilled in this trade and would spray anything that paint would stick to. Fire trucks, slot machines, golf carts, tractors, motorcycles, bicycles, cars and pickups you name it. In the mid to late 1980s Bud and Sally would purchase a summer home in Oakley, Idaho. Eventually divorcing he would make Henderson his permanent home.

Spending his retirement years tinkering on various projects he would also visit family with many a fishing adventure in Utah and Idaho. He would meet Layne Ortiz his second love in the early 90s they would take many road trips back east with fire department friends including trips to the Hot August Nights car show in Reno.

He was preceded in death by his spouse’s Ursula “Sallie” Richardson, and Layne Ortiz, his sister Patsy (Bob) Potts and his son Victor (Christie) Manwill. He is survived by his children Cameo Arrington, Tonya Auzenne, Buddy (Cathy) Manwill, Todd Manwill, his brothers Mike Earl and John Earl, as well as 14 grandchildren and 10 great grandchildren.

His proudest and most cherished achievement was his family.  Known as triple threat in the entertainment industry 1. Dance 2. Sing 3. Act (he was an Arthur Murry professional dance instructor) had a fantastic singing voice with the acting part coming naturally he was a real hambone!  The hardest working Dad Ever!!

When I am called to duty,
Wherever flames may rage,
Give me the strength to save a life
Whatever be its age.

Help me embrace a little child
before it is too late,
Or save an older person from
the horror of their fate.

Enable me to be alert
And hear the weakest shout,
And quickly and efficiently
to put the fire out.

I want to fill my calling and
to give the best in me,
to guard my every neighbor and
protect his property.

And if according to God’s will
I must answer death’s call,
bless with your protecting hand,
my family one and all.