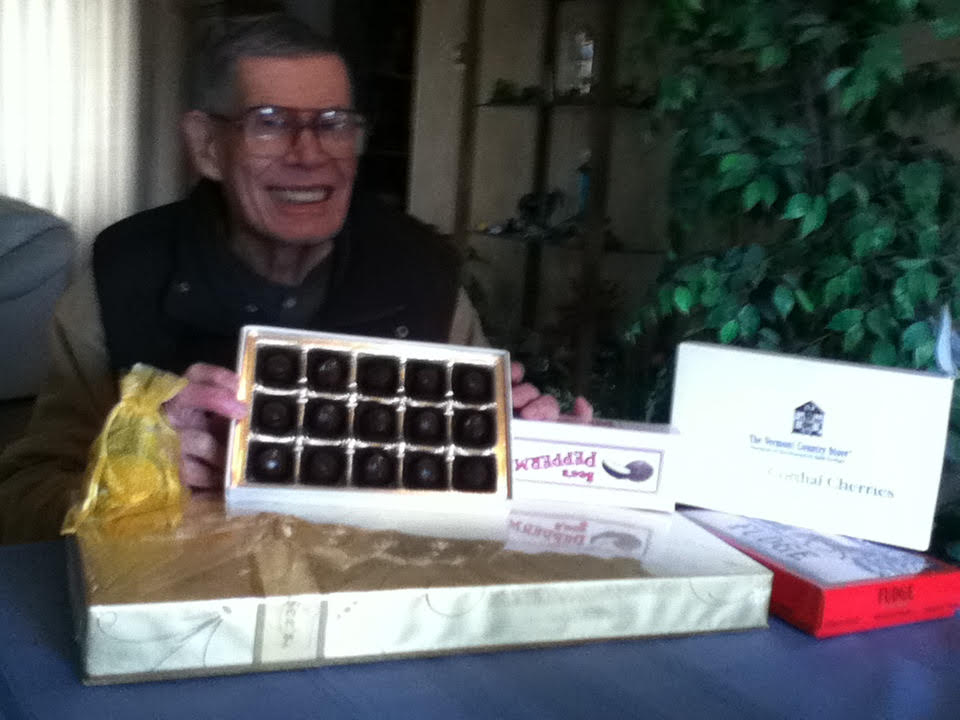 George was born Sept 4, 1927 in San Francisco. He crossed the Golden Gate Bridge the day it opened in 1937

George served in the Army Air Corp as a young man. He had a long career in public health, first at the Santa Clara County health department, and then 20 years with the US Public Health Service which took him all over Alaska, including field work to the Aleutian Islands and Kodiak. Able to enjoy 32 years of retirement, he built garden paths, grew huge sun flowers, tinkered with model trains and enjoyed the casino buffets. An avid reader, he stocked his home library with many classics. A major project was building a beautiful horse stable in the 1980’s.

Conscientious and hard working, dearly missed will be the little things, the messages he wrote on bananas ( “banana mail” ), the joking, his recitals of limericks, his broad grin and laughter.

Laid to rest at Northern Nevada Veteran’s Memorial Cemetery in Fernley, George is survived by his beloved wife Mary of 53 years, daughter April, nephew John Peterson, and others.