On Friday, October 8, 2021, John Burl Shook III was in a tragic car accident and was taken to UMC Trauma. Unfortunately, he did not make it through surgery.

Although he was like ‘a cat with nine lives’ that would always find the strength to bounce back when a medical need arose, we would have never believed he would be taken from us in this manner.

“Johnny” was born on February 1, 1963, in Lakewood, California to Judy Mullican and John Shook Jr.

John met Maria, in Cedar City, Utah – where he was working and she was attending school. They were married approximately a year later on April 9, 1988. They lived in Las Vegas and raised their three children – Royelle, John (Mason), and Allee. Royelle later married Ernest Rodriguez and together they had 2 children, Corben and Raelynn; John’s grandchildren. John was compassionate, protective, creative, and kind. He was a beloved father to three of his own children (and to the many who chose him), husband, grandpa, brother, son, uncle, cousin, & friend. If you knew him, you know he would do anything for anyone. Despite his medical conditions, he always found a way to serve others even when he was struggling. John loved bargain hunting, cooking, bone carving, surfing, camping on the beach and in the mountains, fishing, painting, collecting, and anything that allowed him to escape the busy city. John found the greatest joy in being playful, goofy and making others laugh. He would never shy away form an opportunity to be silly, which is a trait his grandchildren especially loved. John was a dreamer and a vivid thinker. He loved exploring the world of the unexplainable and found a lot of interest in Ghosts, UFO’s and Bigfoot. Many who came to visit were educated on this subject matter, whether they wanted to be or not. This is now a personality trait of John that we find to be most endearing and enjoy reminiscing about. John was an excellent cook and used this skill not only to win over Maria in their dating years, but continued it on into his adult life with his children, family, friends and to anyone who would sit and dine with him. Some best remember him for his perfectly cooked prime rib, seafood boils, “dutch oven specials” and homemade Beef Jerky. In fact, he is well known in the Las Vegas area as the “Jerkyman” who would make and deliver Jerky all around the valley for many years. Many have asked even now, 15+ years later, if he ever continued to make the jerky that they loved and if they could twist his arm into making them a batch. While we will miss him more than we can express, it brings us peace to know that he is with so many loved ones, who we are sure were waiting happily to greet him. John was a strong believer of Jesus Christ and looked forward to the day that he would meet him on the other side. He was always so curious about the afterlife and we hope it’s everything he wished for.

He is survived by his wife Maria, children: Royelle & Ernest, John (Mason) and Allee, Grandchildren: Corben and Raelynn, siblings: Penny and Fred as well as many friends and extended family. 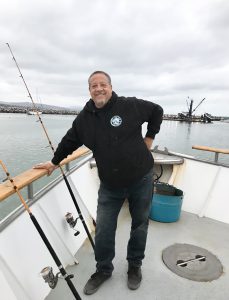