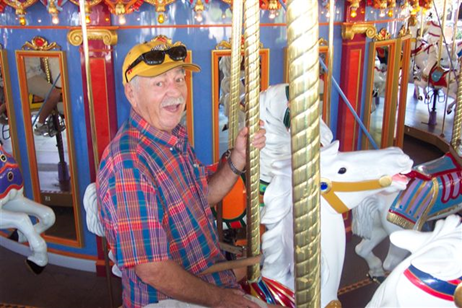 As a dedicated and beloved Husband, Dad and Poppy, family was always his priority. With a calm, steady and resilient nature, his company was easily enjoyed by friends and his community. He will be remembered for his quick wit, talent for making Polish foods, and excelling at all kinds of games from pool, to bowling to cards. As a lifelong, avid golfer, he played into his final year.

He will be deeply missed by his son Joseph Krincek Jr and daughter-in-law Wendy; with whom he lived for 15 years, of Henderson, NV, daughter; Jennifer (Sunny) Townsend and son-in-law, Scott, of Scarborough, Maine, and granddaughters; Carson and Zoe Krincek.

Born on 9/17/36 to John and Victoria Krincek in Hilldale, PA, Joseph was one of ten children. He studied culinary arts at Temple University and was the co-owner and operator of the Krincek Catering Kozy K for over 30 years in Ashley, PA. He was in the National Guard, the Knights of Columbus and volunteered at Bishop Hoban High School.

He is preceded in death by his wife; Nancy, his parents; and brothers; Edward, Stanley, Vincent, John, and Francis, sisters; Angela, and Joann. Surviving are sisters; Ann Koulick, Mary Benzi.

Interment will be at St Mary’s Cemetery in Hanover, PA

Contributions in lieu of flowers may be made to the Alzheimer’s Association.