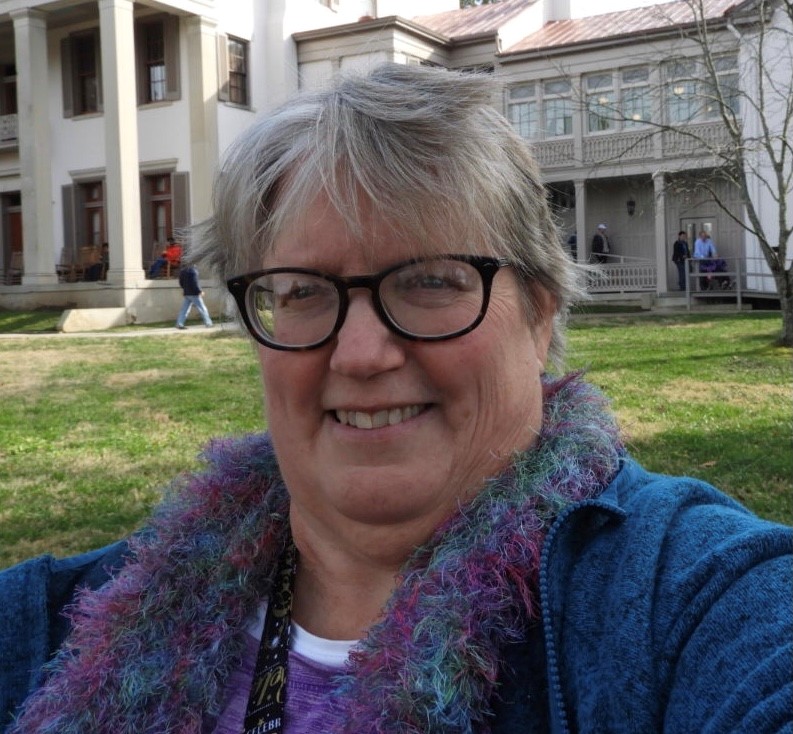 Joyce Ruth Ostlie Cook was born December 17, 1956, in Northfield, Minnesota, to James and Dorothy (Nystuen) Ostlie.  She was raised on the family farm in rural Farmington and attended Lakeville Schools, graduating from Lakeville High School in 1975.  She graduated with an Associates Degree from Waldorf College in Forest City, Iowa in 1977, and went on to get her Bachelor’s Degree from Dana College in Blair, Nebraska, in 1979. Following her education she moved to Estes Park, Colorado to work at the YMCA Camp of the Rockies, and there found her talent for cooking.  In 1981, she moved to Santa Barbara, California where she spent several years managing a deli and as a caterer for events and also as a caterer for the airlines.  In the late 1990’s she moved to Las Vegas.  While living and working full time in Las Vegas she attended the University of Nevada – Las Vegas, where she received her Master’s Degree in Education.  Joyce worked for the Clark County school district in Las Vegas as a Special Education teacher and facilitator.  She had planned to retire at the end of 2021 and continue her travels and also go on a mission trip.

Joyce was a member of the Las Palmas Ward of The Church of Jesus Christ of Latter- Day Saints, where she was very active with young women and girls camp.  She enjoyed cooking, traveling and was wonderfully skilled at bringing family and friends together.  She was kind, thoughtful, fun loving, outgoing, and exceedingly generous.  She was dearly loved by many and she will be missed.

Survivors include her sisters, Lois Peterson of Farmington, Minnesota, Miriam (Terry) Carmine of Burnsville, Minnesota, Susan (Howard) Gatzke of Cape Coral, Florida; several nieces and nephews; other relatives and many dear friends.  She was preceded in death by her parents and her brother Philip.

Services will be held 1pm Saturday, February 27, 2021 at The Church of Jesus Christ of Latter-Day Saints, 7670 S. Bruce Street, Las Vegas, NV 89123, with burial at a later time at East Christiania Cemetery in Lakeville, Minnesota.
Memorials are preferred to Deseret Industries or the giver’s choice.

Arrangements are with the La Paloma Funeral Home.