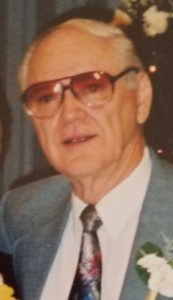 Keith N. Roylance died on July 23, 2020 in Henderson, Nevada. He was 89 years old. Keith was born on October 24, 1930 in Provo, Utah to Eugene and Nadine Norton Roylance. He grew up in a family with 3 brothers and 1 sister. His siblings were Alden, Tom, John and Patricia, all of which have preceded him in death. Keith grew up in Provo, Utah and completed his early schooling there. He continued his education by obtaining a B. S. in Sociology/Psychology from BYU and his MSW in Psychiatric/ Clinical social Work from the University of Utah. He completed post graduate studies from UNLV obtaining a Certification in School Psychology. He worked for many years with the Red Cross doing disaster relief work and 30 years of work as a child psychologist with Clark County School District. In 1965, he implemented and directed the summer Head Start Program in Las Vegas, which resulted in him being listed in “Who’s Who in America”. Following his retirement from CCSD, he spend the next 18 years working as a Domestic Violence Instructor for Las Vegas Municipal Court systems. A few months prior to his death, Keith celebrated his 67th wedding anniversary to his sweetheart, Betty Evans from Charleston, SC. They were married in the Manti LDS Temple, on April 2, 1953. They became the parents of 4 children, Sally Roylance Gray of Boulder City, NV, Alicia Roylance Angell (Marion) of Las Vegas, NV, LaBaron Roylance (Veronica) of Hemet, CA and Ronda Roylance Seeley (Michael) of Palm Coast, FL. They have 12 grandchildren and 19 great-grandchildren. Keith was a member of the LDS Church, and served as a missionary to the Southern States (1950-1952) and continue to serve in various capacities over the years, including Bishop, High Counselor, and instructor for adult classes. He served for 25 years, along with his wife, as a worker in the Las Vegas Temple. He was a man of various talents. In addition to the wise counsel he gave family and friends, he was a deep thinker and writer. He wrote articles that were published, and spent the last few years working on a book containing many lessons given during his time teaching with the Las Vegas Court Systems. He created a children’s card game, and several of his oil paintings decorate his home. Keith was proud of his service to his country. He was in the Army during the Korean War, stationed in Germany. Keith will be buried with military honors at the Veterans Cemetery in Boulder City, Nevada