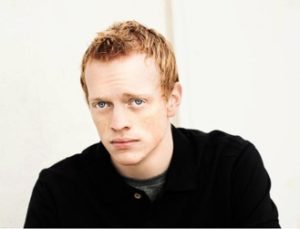 The world lost a beautiful soul the night of Tuesday January 14, 2020. Kevin Corey Farnsworth was called home that evening to be with his Heavenly Father. Kevin lost his life suddenly, but the love and the impact he had on everyone he met is still alive and strong within each of us. To know Kevin is to love Kevin.

Kevin was born September 17, 1993 to Corey and Debbie Farnsworth. His parents and his three older siblings were so excited for him to join the family. From the day he was born, Kevin was a light and a joy. He contributed so much love to his family and friends. Family was always very important to Kevin, and he had a strong relationship with his parents and his siblings. Kevin always had the ability to make his family laugh. As a child, he loved to be goofy and make faces at himself in the bathroom mirror. Growing up, Kevin loved to be outside. You could almost always find him outside playing or riding his bike through the neighborhood with a big huge genuine smile on his face.

Kevin had so many friends from every aspect of his life. Growing up in Kaysville Utah, he made many friends at school attending Davis High School, soccer teams, and from work associations in the various jobs he had over the years. Kevin loved cars. The fancier the car, the better. In high school he had a job mainly so he could buy himself a nice car to drive. As he got older and had better jobs, he bought nicer cars. His favorite car was “Stacy” his Lexus.

Kevin was a member of The Church of Jesus Christ of Latter-Day Saints. He served an honorable mission to the Scotland/Ireland mission where he met many great and wonderful people. He gained many new friends and cherished relationships during his time serving the people of Scotland and Northern Ireland. He loved the culture and the people there. He had the opportunity over the past several years to return to the area and visit his friends, and always spoke so highly of the interactions he had there.

Kevin loved warm weather, the beach, and palm trees. It was always his dream to live in Las Vegas. He had the opportunity to make that happen the last couple years of his life. In the end, he was living his dream, and he was happy. Kevin had learned how to truly love himself, and accept himself for who he was. He had the ability to extend that same love and acceptance to everyone he met. His genuine smile and giggle could light up a room. While living in Las Vegas and Henderson, Kevin made many new friends through his young single adult ward, and his co-workers. They became his family. He always talked of the fun he had with them and the closeness they shared. He loved the vacations they took together, the hikes they went on, spending time in the hot tub or watching shows. It always meant so much to his family that Kevin had this friend-family away from home to love him and take care of him.

Our family would like to express sincere thanks and gratitude to Kevin’s Bishopric members as well as the Henderson Police Department and first responders and many others who assisted during the aftermath of Kevin’s final moments. There were many who helped and brought comfort to our family during those hours.

Kevin is survived by his parents Corey and Debbie Farnsworth; his siblings Jennifer Millard, James (Marisa) Farnsworth, and Melanie (Marc) Cornelius; as well as six nieces and nephews who he always referred to as “the cutest humans on the planet”: Mikinley, Anson, Zackary, Liam, Hudson, Presley; his grandparents Earl and June Saltzgiver, and many other aunts, uncles, and cousins.

A viewing for Kevin will be held Friday January 24 from 6:00-8:00 p.m. at the LDS church building located at 615 North Flint Street, Kaysville UT 84037. An additional viewing will be held on Saturday January 25 from 9:30-10:30 a.m. with funeral services beginning at 11:00 a.m. Interment will be at Memorial Lakeview Cemetery in Bountiful, Utah.

Kevin, thank you for being such a wonderful addition to our family. We love you deeply. Thank you for your beautiful life and for your positive and profound impact on us all. You are truly missed.