Kristie Kay Burton-Barbieri joined our Heavenly Father on June 13, 2022, at the age of 64, in her home in Reno, Nevada. We find peace knowing Kris was welcomed into God’s Kingdom by her savior Jesus, her treasured son Jason, her soulmate Rick, her beloved father Billy, and all those who went before her.

Kristie was the second child and only daughter born to Billy James and Carolyn Marie Burton on September 24, 1957, in Omaha, Nebraska. She was always happy, wearing a bright smile, and bringing joy to anyone she came across. Her mom called Kristie her “sunshine” and said she had “sparkle.” Kris adored her two brothers Biff and Robert, whom she loved very much and remained close to throughout her life.

Kris attended Sunset Hills Elementary School, Arbor Heights Junior High, and Westside High School while growing up in Omaha. She also attended the University of Oregon in Eugene where she met the father of her children, Leo Pistone.

Kris became a mom when she had her son Jason and then welcomed her daughter Shannon two years later. Her children and grandchildren were her greatest treasures–she loved being a mother and grandmother and getting to share life, faith, wisdom, and laughter with them. She will be remembered as the one who would show up to events with the loudest whistle, most exuberant clap, and embarrassing hollers–always ensuring the person she was rooting for could hear her and feel her support.

She took pride in consistently giving her best effort at school and at work. She loved learning and passionately encouraged others to pursue learning opportunities and higher education. Kris was a valued employee all her life, whether as a waitress or as an “accounting nerd” at Chromalloy, from which she retired in 2018 after more than 25 years.

Kris loved celebrating life. She was known to host gatherings for friends and family and give thoughtful gifts to commemorate special moments–both big and small–even on the tiniest of budgets. As a child, she built haunted houses and hosted movie nights for the neighborhood. As an adult, she’d continue to find reasons to decorate and celebrate with the people she loved most–a good grade, a race completed, a holiday, birthday or just because.

Kristie admired God’s creation. As a child, she’d frequently rescue and bring home animals, like her duck Celeste and racoon Columbine, who became family pets. As an adult, she loved keeping a beautiful garden, would clap in applause at a good sunset, cherished a pretty flower, collected unusual rocks, and enjoyed offering little birds a bath and a snack. She was less fond, however, of the ravens and magpies who attacked “her” baby birds, the sugar ants who would show up in armies, dust, a dirty floor, litter bugs, and the damn Commies.

She loved creating imaginary worlds and playing on the floor with her grandkids. “Grandma Kris” was often found playing the piano and singing with Levi, making French Toast with Jase, and creating fairy gardens with Dana. She would entertain the grandkids with organized play that entailed creative art projects, food preparation, conflict resolution role play, and running races in her side yard, which Elijah often won.

In 2010, at a beautiful intimate ceremony in Hawaii, Kristie married the love of her life, Richard (Rick) Barbieri. They met while members of the Reno Ski & Recreation Club. Rick and Kris absolutely cherished one another and shared over ten wonderful years together. He was her “knight in shining armor,” and she felt “they broke the mold with him.” After his passing, she remained grateful for his love, the time they had together, and their shared memories.

Kris had an unbreakable faith, which she said was her single largest source of strength. She explained that God spoke to her during her darkest moments, including after the loss of her son and husband, assuring her that she was in His hands. Just as her parents passed on their faith and love for God to her, Kris handed down this legacy to her children and grandchildren.

We will miss our Kristie’s smile, hugs, strength, silliness, hospitality, ability to always know what to do in any situation, zest for life, and most of all, her sparkle. We know this is not goodbye, but see you later. We look forward to the time when we will once again see our mom, grandma, daughter, sister, aunt, cousin, and friend in Heaven and share a Burton hug and a laugh. Until then, we honor her by raising a glass and sharing a toast in her memory.

Kristie is survived by her mother Carolyn Burton, daughter Shannon (Ernie) Scarbrough, daughter-in-law Lisa Hayworth Pistone, her four grandchildren who were the absolute joy of her life, Elijah and Dana Scarbrough, Levi and Jase Pistone, her brothers Biff (Lisa) Burton and Robert (Melonie) Burton, nieces, nephews, cousins and many close friends and neighbors.

Family and friends are invited to gather to share prayers of comfort and words of hope and love on Saturday, June 25th from 2-4 pm at the Damonte Home at 12945 Old Virginia Road, Reno, NV 89521.

In lieu of flowers, the family would appreciate donations in Kristie’s name to Animal Ark Wildlife Sanctuary or the National Audubon Society. 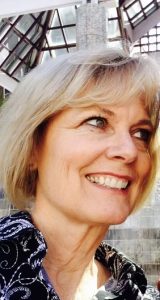