Lynda worked as she raised her family. She served cocktails at the Rainbow Club Casino in Henderson, then worked as a Pit Clerk at the Aladdin Casino. Lynda then worked as a checker at Lucky grocery store for nine years, before relocating to Cedar City, UT.

Lynda was an avid music lover and attended many concerts throughout her life. One of Lynda’s greatest moments happened while working at the Aladdin Casino in the late 80’s when she had the opportunity to meet and kiss legendary guitarist, Carlos Santana.

Lynda was preceded in death by her mother, Ruby Kreisel and father, Donald “Chris” Kreisel.

Funeral services will be held on Wednesday, July 27, 2022 at 2:00pm at La Paloma Funeral Services in Las Vegas, NV. 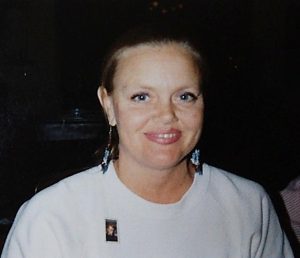