Mariam has a welcoming, kind and cheerful nature. She is full of patience, never-ending.

Her life began on August 7, 1973 in the hallway at the Women’s Hospital in Las Vegas, Nevada. Mariam is the ninth of ten children born to Lawrence Cluff and Lois Humphries Foutz. Her brothers and sisters include: Barton (JoAnne), Tracy (Lori), Jane Daines (Todd), Eric (Margriet), Joan MacKay (Randy), Harold (Susan), Amy Eschenberg (Michael), Guy (Jennifer), and Laura Archibald (Jeff). She is only preceded in death by her father, Lawrence Foutz. Mariam had a close relationship with her daddy, especially in his declining years as she helped care for him and as she recorded and interviewed him about his life history.

In December 1997, she graduated from BYU, Provo with a Bachelor’s Degree in Communications.  She interrupted her college studies to serve a full-time mission for The Church of Jesus Christ of Latter-Day Saints in the Dominican Republic, Spanish speaking from August 1994 to March 1996.

One beautiful September day in 1999, while walking into the temple, she met her Bishop, Ronald Gubler. Bishop Gubler introduced her to his youngest son, who had just returned from a mission in Russia. Although Mariam thought that she was not interested in a 21-year old, newly, returned missionary, Russell Gubler and Mariam Foutz were sealed in the Las Vegas, Nevada Temple of The Church of Jesus Christ of Latter Day Saints for time and all eternity just over 6 months later on April 15, 2000.

Before marrying Russ, Mariam began working in the Office of the Nevada Governor, Kenny Guinn, as the Director of Constituent Services in the Southern Office. Even though this was a highly coveted job, full of great potential, she quit the day that her oldest child, Max, was born. Mariam turned her attention to full-time Motherhood.  Russ and Mariam have been married for 21 years.  During this time, the family moved to Michigan while Russ pursued higher education for his career path.    After Russ’ graduation, the family returned home to Las Vegas.  Mariam has written two unpublished novels.  Her published works were life histories where she enjoyed interviewing and researching interesting people who lived in the Las Vegas Valley area.

The family is thankful to UCLA, the Huntsman Cancer Clinic, and their staff who helped diagnose and treat Mariam as she battled this life-threatening illness.   The Gubler family is also thankful to countless acts of service and kindness rendered by friends, family, and ward members who have helped and continue to help their family through this difficult time.

Between chemotherapy treatments, a tender mercy and miracle occurred this past October, when Mariam felt well enough just the day before leaving to accompany her husband and his parents, Ron and Sue Gubler, to Independence, Missouri to pick up her oldest son, Max, who had completed his two-year mission. Her second son, Seth, is currently serving in the Edmonton Alberta Canada Mission.

During the last 7 months of her life, Mariam and Russ responded to the promptings of the Holy Ghost and cared for a very young foster child full time. Due to COVID protocols, this child had never seen people without masks until being placed in the Gubler home. Mariam’s glowing smile and cheerful attitude, and the family’s love, is credited with saving this child’s life.

Mariam is beautiful in multiple ways. She is known for her soft hands, soft heart, and soft words. She has a beautiful voice and a beautiful smile, with a twinkle in her eye. She has beautiful brown eyes, with lovely, long lashes. Her lovely brown curls were inherited by her daughters. Mariam is a talented writer and an accomplished pianist, who taught her children the love for reading and music. Mariam is one of the best who walked among us. Mariam’s life has been full of service to those in her family, her community, and her ward members, including service as a ward, Relief Society President. Mariam is a peacemaker. She is beloved by all who have known this brave, kind and beautiful woman. She loves those whom she serves and will no doubt continue to serve. 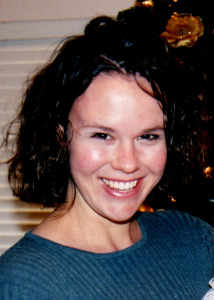