He lived in a couple of other places during his lifetime… Dover, New Hampshire, when he was in the U S Air Force for 4 years, and San Antonio, Texas for 8 weeks when he was at Officer Training School.

Pro football was his favorite sport, and he was a longtime fan of the Miami Dolphins.

Mark was known as a man of intelligence, humor, and passion.

Mark is survived by his brother Craig, niece Deann, her husband Justin, and their five children: Briley, Weston, Hensley, Bode, and Colton. 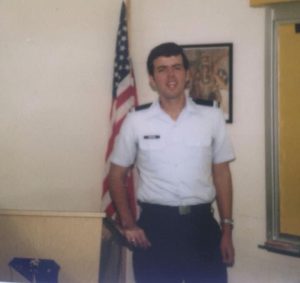