Dr. Marlene Casel Siegel passed away on January 24, 2022, from Pulmonary Fibrosis which she was diagnosed with in 2017. She fought the disease to the bitter end and continued teaching up until the time of her death. Marlene was born on April 9, 1943, in Washington DC where she grew up. She was born to Mitchel and Sylvia Casel and had an older sister Rona Casel. At age 19, Marlene moved from Washington DC to Los Angeles to go to college and met her
first husband Roger Stein. During their 17 years of marriage, they had three children, Craig, Mark and Resa. After her divorce, Marlene was working for the Navy as a civilian and received a scholarship from the Navy to go to college where she earned a bachelor’s degree in Communication and Information Sciences from California State University, Chico. She then met her second husband Dan Siegel and moved to the east coast where see went back to school and earned a Masters’ Degree in Applied Psychology and then went on to earn her Doctoral Degree from the University of Phoenix. She divorced her second husband in 1994 and focused on her work as a civilian employee for the Navy. In 2012 she retired from a civil service career with the US Navy that included more than 35 years of general services and contract work, which covered a variety of locations including Washington DC; San Diego, CA; Guam, USA; Monterey, CA; Fallon, NV; and Sicily, Italy. During her many tours of duty, she has held several key positions including video producer, administrative officer, educator, marriage and family therapist, and Fleet and Family Support Center Director. While in Sicily, she collaborated with Chuck Underwood (author of The Generational Imperative), to transform his research into intervention guidelines for mental health care and medical care for service members returning from the war zone. Her presentations were utilized and valued throughout the Navy system. She also
completed research in Italy that paired military attrition with generational core values. This research changed the face of recruitment for the European Theater. She began facilitating University of Phoenix (UOP) on-ground classes during her tour in Italy, where she also held the position of area chair for UOP/ Sigonella. Dr. Casel has been teaching Advanced Statistics online since her retirement in 2012. Once she retired from civil service, she taught online courses for the University of Phoenix, and consulting with private organizations on leadership skills, training
decisions, and organizational communications. She has earned the status of visiting faculty at the University of Nevada at Reno. She frequently volunteered her time as a tutor for children with learning disabilities. While teaching at the University of Phoenix, Marlene was awarded Professor of the Year and in 2021 she was awarded the “Top 500”, which is awarded to the top 500 professors out of all the 4500 professors at University of Phoenix. In her spare time, she loved to paint with watercolors, traveling, and writing articles for various educational groups.

In-lieu of flowers, the family asks for donations to be made to the American Lung Association, on her Memorial Wall: Dr. Marlene C. Siegel – Memorial Wall 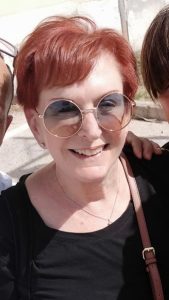