Megan Marie Urban, 39, passed away September 9, 2022, at her parents’ home in Reno, Nevada. Megan was born March 7, 1983, in Milwaukee, WI, to Clarence and Jill Urban. She moved to Reno, NV, with her family at age 5. Megan was a very kind and caring person whose passion was helping others. Her dream was to be a doctor or a vet because those professions would offer her the greatest opportunity to benefit others.

During high school, Megan enjoyed her involvement with the drama club as a backstage assistant, and in her senior year, she was named head cheerleader. Megan began working at a daycare center at age 16. She enjoyed working with the children and assisting with teaching them. She was a huge fan of all things Disney; her favorite character was Tinkerbell, and her favorite movie was The Hunchback of Notre Dame.

Megan attended the University of Nevada, Reno, for three years. During her time there, she excelled academically and made the dean’s list every year. She also participated in a school trip to Australia to help the local population build a water drainage system. She enjoyed the experience and the opportunity to assist and get to know the local people. She also had fun on the group sightseeing tours around the continent, including seeing the Outback.

Megan moved to Santa Rosa, CA, in 2009 to fulfill her desire to serve others by training dogs as companions for handicapped people. While living in Santa Rosa, Megan met Patrick Butler when Patrick’s dog introduced them by running into Megan’s apartment.

In 2012, Megan moved back to Reno, NV, where her son Declan was born in 2013. Declan brings joy to all those around him, and his grandparents enjoy watching him ride his bike and scooter and explain his drawings of video game characters to them. Declan’s father Patrick enjoys spending time with Declan and recently took him to Disneyland, where they had a great time. Declan’s favorite ride was Splash Mountain, and he also liked the Haunted Mansion and rode it at least three times. His least favorite ride was It’s a Small World, because the song stuck in his head for the rest of the day!

She is survived by her son, Declan Urban (Reno, NV); Declan’s father, Patrick Butler (Sacramento, CA); parents, Clarence and Jill Urban (Reno, NV); brother and sister-in-law, Adam and Michele Urban and their son Wes (Sparks, NV); brother and sister-in-law, Patrick and Jenae Urban, (Sparks, NV); and numerous aunts, uncles, and cousins. She is predeceased by her four grandparents, four aunts, one uncle, and a cousin. The visitation will be held from 4:30-7 p.m., Friday, October 7, 2022, at La Paloma Funeral Services (near the Brainy Actz Escape Rooms) at 5301 Longley Lane, Suite E-180, in Reno, Nevada, and a memorial service will take place at 6 p.m. that evening at the same location. To share memories of Megan with her family, please visit lapalomafuneralservices.com/megan-urban. 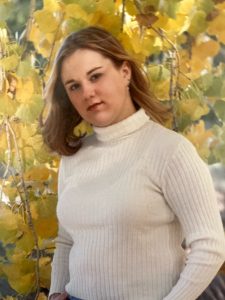