Michael  born in Brooklyn, New York on November 3,1935 to parents, Nicholas and Prudence (Scuderi) La Rocco. He joined the U.S. Airforce in 1953 and was a gunnery airman on B-36/B-52 Bombers. He earned an Officers Commission and his Pilot Wings in 1960 where he flew the C-133 Cargomaster. He saw combat duty in Vietnam (68-69) as a Forward Air Controller (FAC) piloting the 0-1 Bird dog. Notably, he was awarded the Distinguished Flying Cross twice in 1969. He retired from the Air Force in 1973 with the rank of Major. He went on to pursue higher education earning a Master degree at Sophia University in Tokyo, Japan and was also a popular DJ in the Tokyo club scene. He moved to California in 1980 where he had a career in radio and was the afternoon host on the Leo La Rocco show at KUIC in Vacaville, CA. Moving to Reno in 1986, he worked various security jobs as well as being a sworn Police Officer for the Pyramid Lake Police Department. He was a Road Captain in the Harley Owners Group (HOG) with over 470 rides. He was also a proud member of the Patriot Guard and was well known on the local karaoke scene.

He was preceded in death by parents: Nicholas and Prudence, Brothers: Richard and Anthony; 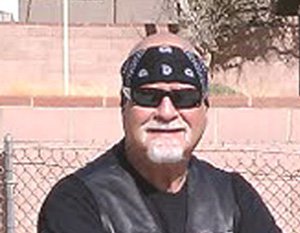