Pete is survived by his wife, Marti of 23 years, sons Michael (Kristin) grandsons, Tyler and Gavin, son Steven (Heather) granddaughters Reilly, Lillian, Alexis and Marie. He was the fifth child of eight siblings. He was preceded in death by his parents, Clarence and Mary, and granddaughter, Guinevere (Gigi).

Pete, proudly served his country in the United States Navy for eight years. He received a Bachelors degree and then went on to graduate with a Master of Management Information Systems from West Coast University. Pete, worked at the Nevada National Security Site as a Physical Scientist for approximately 30 years.

Pete was a loving husband, father, grandfather, brother, neighbor, coworker and friend. He will be missed by all who knew him. 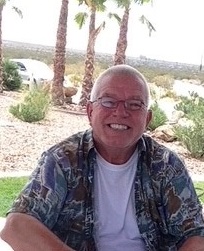