Rick was born on December 6, 1956, in Passaic, New Jersey. He graduated from Nutley High School in New Jersey in 1974 and received a Bachelor of Science in Mechanical Engineering from the New Jersey Institute of Technology in 1978.

Rick started his career in Pittsburgh, Pennsylvania. One night while there, he visited Alexander Graham Bell’s restaurant in downtown Market Square, where he met the love of his life Mary Kay Crossey. The couple married on July 3, 1982.

Rick was most happy when tinkering with anything that had a motor. He kept his very first car “the Cuda” (a 1970 Plymouth Baracuda) for more than 40 years. He was extremely loyal to Mopar and rebuilt the Cuda, a Charger, and a Challenger.

Rick loved his dogs (Crystal and Princess), was always happy at the craps table, and was most at home in Las Vegas. Rick lived his life laughing and believed in “family and friends first,” proudly earning him the title of “fun uncle.” Tall, strong, and proud of his Italian heritage, Rick was a caring protector and mentor; but first and foremost a kind and gentle soul.

A beloved husband, brother, uncle, and friend to all, he will be immensely missed. He is survived by his wife Mary Kay Scucci; siblings Mary Ann Petersen (Bob), Sam Scucci (Beth), Gary Scucci (Sue); 19 nieces and nephews; and 9 great-nieces and nephews. He is preceded in death by his parents Sam and Irene Scucci and his sister Virginia Joan.

In lieu of flowers, memorial contributions can be made in Rick’s memory to Memorial Sloan Kettering Cancer Center (https://giving.mskcc.org/honor) or Connor and Millie’s Dog Rescue (https://connorandmilliesdogrescue.org/). 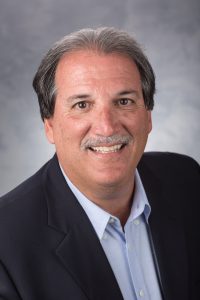