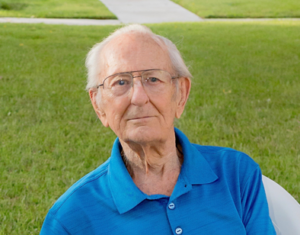 At the age of 95, Richard Wesley Creamer, having lived a wonderful life, passed from this earth on January 20, 2020. He was a loving husband, father, grandfather, and companion and is survived by his loving companion, Janice White; his daughter, Leslie Jeanne Creamer Roth; his son, Richard Paul Creamer and his wife Diane Creamer; grandchildren Candice Creamer, Richard Paul Wesley Creamer, Kelsey Kremer Rogers, and Tobias Kremer Roth. He was also fortunate to have met and known four great grandsons.

Richard “Dick” Creamer was a fiercely loyal man to anyone he loved and cared about, especially his family. He was a P-51 pilot in WWII, which brought him well-earned accolades later in his life. After the war, he married Lois Ruth Gedeohn on June 7, 1947 and they were happily married until her death in June of 2008. Shortly thereafter, he found his loving companion, Janice White and they had another 10 years of happiness, travel, and good times. She was his angel, especially in these last months of his life. Dick loved to laugh, play cards, golf, snow and water ski, travel, and had many happy years with camping at Lake Chautauqua in upstate New York. He was a friend to anyone he met and will be dearly missed!