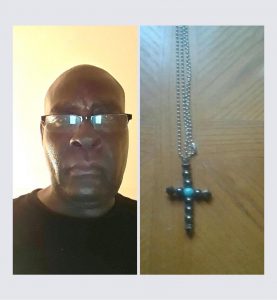 Funeral services are scheduled for 1:00pm on Saturday October 9, 2021 at LaPaloma Funeral Services located at Fort Apache and Sahara in Las Vegas, NV.

Ricky Walker lived the great majority of his life in Las Vegas, Nevada and made a host of close friends while there. Anyone who met Ricky, liked him right from the start. Young or old.

He had a charisma about him that would touch your soul. The longer you knew Ricky the stronger your friendship grew. He would do anything for those he loved as they would for him. He was a long time Dallas Cowboys fan and loved the music of Earth Wind and Fire.

He is survived by his daughter Kayla Walker Wilkinson (Kenny) and 3 grandchildren, Ayson, Brenner and Emma. He is preceded in death by his mother Jessie Lee Halton.

We are all heartbroken at his sudden death from pancreatic cancer. We rejoice that Ricky knew Christ as his savior and whatever he went through in this life, his theme could be the old gospel song, “It is well with my soul.”

Ricky will never be forgotten and will live in our hearts forever.