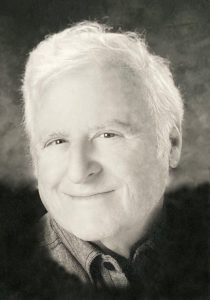 Robert “Bob” Dirk, our beloved husband, father, grandfather and friend, passed away March 6, 2020 at home, surrounded by his family. He was 86 years old.

Bob lived a life of unabashed adventure. When Bob was just a kid he played center field for the Syracuse Chiefs, a semi-pro baseball team which won five International League titles (1951-55). Although he was a talented ballplayer, it was unlikely that he would be sent up to the Yankees—thanks to some schmoe named Mickey Mantle. So he left baseball and decided to put his amazing brain to work instead, going to college and working for GE as an engineer.

And then, his career went nuclear—literally. Bob began working as an atomic engineer, first in California and then in Los Alamos, NM, designing and building devices that are, frankly, highly classified. (If we told you, we’d have to kill you.) After 16 years he decided he was done splitting atoms and went into business for himself, opening financial and income tax offices. He also became a licensed contractor, real-estate broker and property owner— which occupied his time and talents the last 25 years of his life.

If you asked about his all-time favorite adventure, he would wink at the pretty blonde next to him and say: “Well… 1979 and 1980 were pretty adventurous years.” He married Carla Marie Smith (then a brunette) on December 29, 1979, and was baptized a member of the Church of Jesus Christ of Latter-day Saints on November 16, 1980. He often said his wife and his faith forever changed his trajectory—and, ultimately, enabled him to have the life he truly wanted. He had a deep love for his Father in Heaven and served in many church callings—but more important to him, he served many friends, neighbors and ward members when they needed help. He was a quiet servant, but a faithful one.

Bob also lived a life of quiet solitude. And much of that solitude was found in nature. When it comes to outdoorsmen, nobody is more avid, fixated and… ahem, accumulating… than Bob was. Scrabbling up a mountain range, squatting in a
mud-soaked duck blind, or steering his truck down a barely-there dirt road brought him a joy that only a handful of people comprehend or appreciate.

As a lover of solitude, it was clear where Bob considered the happiest place on Earth: The foremost middle of the remotest nowhere. He managed to find them all in his lifetime; he even dragged his family to some of them with varying degrees of heat exhaustion and despair. (He called them “camping trips.”) As it turns out, those excursions have become some of his kids’ very favorite growing-up-but-super-happy-to-never-repeat-again memories.

Bob taught his children many important life lessons, including but not limited to:

Bob is survived by his wife, Carla; his nine children, 13 grandchildren and 10 great-grandchildren; one brother and sister-in-law; many nieces and nephews; and his faithful girl, Skye. He was preceded in death by his parents; two brothers and one sister; and many friends and relatives. We’re certain he was welcomed to the other side by Belle, Tess, Tasha, Lex, Shelby, Rader, Sally, Cody, Puppy, Bella and Storm, who are overjoyed to be “huntin’ ‘em up” with Dad once again.