Robert joined the Navy after high school and qualified for submarine service. He attended advanced schooling and became a communications engineer on the USS Gudgeon. He worked for power companies in Arizona and Nevada until he started his own company with his partner Jim. Wilson Electronics grew to become a very successful company and they owned it until an early retirement.

He was proceeded in death by his parents Francisco Covarrubias and Guadalupe Covarrubias.

Robert is survived by his ex-wife Phyliss Larson, their children Anita, Teresa, Bob, Frank, and Phillip, His siblings Mary Russell and Fred Covarrubias as well as many nieces, nephews, cousins, friends, etc.

Robert Covarrubias was generous with his time and money and he was a legend in his own time. 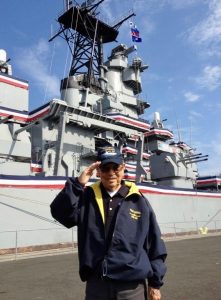