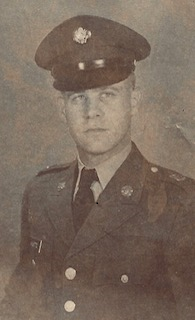 Ronald Emerson Violette, 83, passed away peacefully in his Reno, NV. home with family by his side on March 25, 2021.

Ronald was born January 21, 1938 in Fitchburg, Massachusetts, to Victor & Thelma Violette. He was one of 5 children. He spent most of his childhood in Providence, RI. until graduating from La Salle Academy in 1955.

Ronald later pursued a career in the military, serving the Army for 20 years. His passion was focused on Nuclear Power, serving as Nuclear Power Plant Operations Supervisor in Ft. Belvoir, VA. for many years. Ronald was also stationed at Aberdeen Proving Ground, MD. for several years, also working in Nuclear Power, before returning to Ft. Belvoir, VA. He traveled to Antarctica for two lengthy deployments, stationed at McMurdo base to work on Nuclear reactors and power projects in the 1960’s. Ronald’s hard work and dedication to his country enabled him multiple awards and medals for his accomplishments. He made his family immensely proud in serving our country.

In 1967, he met his future bride Ruth, who migrated from Darmstadt, Germany in 1954 to Alexandria, Virginia. They developed an everlasting love for each other and remained married for 40+ yrs. Sadly, Ronald’s wife Ruth passed in 2008 from battling cancer, and he never remarried. Ronald’s last mission in the Army was a short deployment to Panama in 1978. He then retired from serving the Army after 20 years, and he and his family moved out west to Reno, NV. His daughter Kathy, son-in-law Mark, grandson Dylan, and extended family still reside in Reno, NV.

Ronald was truly the best father and husband one could ask for. He and his family traveled many times to Europe, across the country in the United States, and abroad. Ronald’s passion for traveling extended to his wife and daughter, who ventured with him on many road trips and adventures.

Ronald was a kind spirit, always laughing with others and having fun whenever he was with his grandson Dylan, or with friends and family. Ronald and Dylan often went target shooting, a passion of his for so many years. Ronald made several trips to see his brother and sister on the east coast. He went hunting with his brother in Maine, visiting with his sister in Rhode Island along the way. He had wonderful times sharing stories and experiences. Despite his years of battling COPD, Ronald enjoyed life to the fullest when possible. He is survived by his brother and spouse Paul and Charlotte, sister Jean, daughter Kathy, son-in-law Mark, grandson Dylan, and his fiancé Hannah. May Ronald rest in peace forever with Ruth. He will be greatly missed, but with his family in spirit.