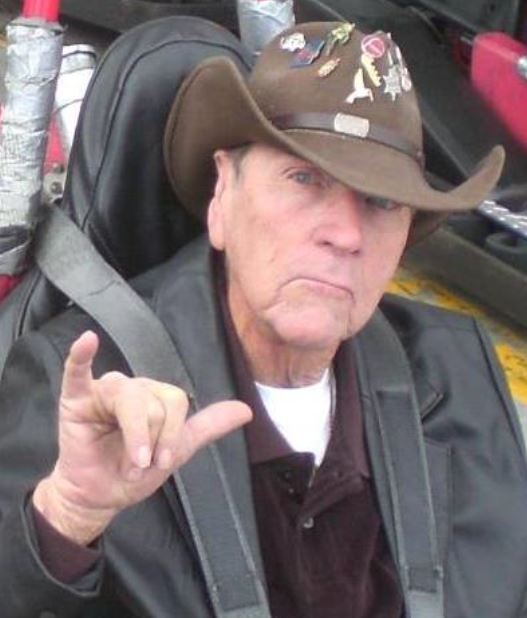 Ruben Clifford Studebaker passed away peacefully November 23, 2020, in Las Vegas, NV, with his wife Shirley Studebaker, and his children by his side.
Ruben was born August 24, 1939, in Dietrich, ID, to parents Ralph and Edith Studebaker. He was the 3rd of 12 children. He attended Willows High School in California before joining the military at the age of 16. He served 30 years in both the U.S. Army and U.S Navy and received an honorable discharge in 1986. He continued working after retirement as a contractor on Midway Island and then on Johnston Atoll until its closure in 2004, serving as both harbor master and heavy equipment operator. He would later admit, he was a jack-of-all-trades, willing to get whatever job done.
Known as “Butch” to his family, and “Captain Stu” to the hundreds of people he sailed with, he would later receive a Public Service Medal from the Nuclear Defense Agency and an award of Heroism from the Department of Energy for his bravery and courage leading the rescue of a family stranded at sea during hurricane Keoni in 1993. Ruben enjoyed life, after retirement he traveled around the country in an RV to see the sites, followed the NASCAR’s circuit for a spell, drove a dune buggy with the East Bay High-Tailers of California for 12 years, but above all else, he loved his family, his ohana.
Ruben is survived by his wife, Shirley, their combined 15 children, Janice, James, and Sherry Studebaker, Renee Collier, Royce Kalauokaaea, Violette Nacapoy, Arnette Ishikawa, Mae Reardon, Samuel Holbrook III, Thomas Palko, Ryan Studebaker, Les Sharpe, Brenda Stout, Judy Schachet, and Karen Scarmuzzino. Known simply as “Grandpa” to his 24 grandchildren, and 43 great-grandchildren, he was also “Uncle Stu” to just about everyone else. Ruben was preceded in death by his previous wives, Wanda and Viola Mae, his parents, Ralph and Edith, his older sister, Francis, and younger brother Lloyd.
Services will be held on Thursday, December 3rd, 2020 at La Paloma Funeral Services, 5450 N Stephanie St., Las Vegas, NV 89122. Additionally, the family will be having a second service in Hawaii at a later date in 2021.
Aloha ‘Oe Dad, I will love and miss you always, Ryan.