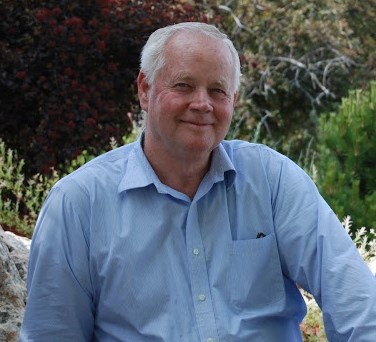 Samuel Sheldon Lewis Jr. age 79, passed away March 16, 2021, surrounded by his family, after a long illness.

Sam was born in Mesa, Arizona on December 6, 1941 to Sam and Ellenor Lewis.  He was the second of nine children and always said he had a Tom Sawyer, Huckleberry Finn like childhood. He spent many years working on the family farm, picking cotton, selling watermelon, making homemade rockets, having milk fights with his cousin as he milked the cows, fishing, swimming and camping in the White Mountains of Arizona.

After graduating from Mesa High School, he was called to serve a mission in Northern California. He said his mission changed his life.  He loved the people he met and served and had over 100 baptisms.

After returning from his mission, Sam met his sweetheart Erlene Cluff at a church dance.  They were married September 25, 1964 in the Mesa Arizona Temple.

Sam worked as a fireman in Mesa Arizona for about 10 years and owned his own successful cleaning business.  In 1975 Sam moved his family to Blanding, Utah where he worked for the San Juan School District. He built his own house without any previous experience and loved planting a huge garden every year.  He always planted more than we needed and would share the surplus with neighbors and friends.   He took great pride in doing a job well done. He worked hard his whole life and would do anything for his family and those he loved.

He spent a lot of time fishing, camping and exploring San Juan County. He loved driving up Blue Mountain and would buy a milk shake for who ever saw the first deer. Sam was a great storyteller, and enjoyed cooking and making his famous chimichangas, roast beef gravy with mashed potatoes, dutch oven potatoes, goulash and the best rolls in the world. He spent many years in the scouting organization and served in the Sunday school, Bishopric, and Stake mission Presidency where he enjoyed working with the missionaries and serving on the reservation.

Sam’s greatest treasures were his family which he loved dearly and his testimony of the gospel.  He was very proud of his beautiful children, grandchildren and great grandchildren.