Scott was born on September 8, 1952, in Chicago, Illinois, to Barbara Lois Singer and Glen Silver Singer. A midwestern native, he moved out West as a teenager and never left (save for a notable, 10-year parentheses in Moscow, Russia, but that’s a story for another day).

Always a hard worker, he was known professionally as a certified master auto mechanic. You would be hard pressed to find someone better to fix your car. While a lifelong car enthusiast and expert, his deep curiosity also led him to be an aficionado of many other delightful things, including model trains, photography, Nevada ghost towns and, more recently, phillumeny (he has an extensive collection of vintage Nevada matchbooks). He loved Lake Tahoe and the high desert, and would have taken comfort in calling this region his final place of rest.

Those who knew Scott know that he did not care much for convention throughout his life. Grateful to be alive, he focused on what mattered most to him and always took in the small, everyday moments, such as his morning cup of Joe. Scott was original and irreplaceable, and will be dearly missed. 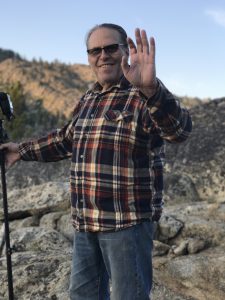