Our rock, our hero, our strength and our everything was called home Monday, April 25, 2022.

He was born in England to Richard and Helene Corbett on June 2, 1954. Scott has called Las Vegas home since 1961. After graduating from Rancho High School in 1972 he married his high school sweetheart Linda Ruesch, who left this world too soon in 1990. He was proud owner of Tool Service for over 30 years of his life.

Scott’s joy and happiness came from his love for our Savior, and in keeping his covenants. He found strength in testimony and faith. He led by example through his daily prayer, scripture study and many hours of service to his church.

Scott’s family was forever completed in 1992, when he extended his eternal family by marrying the love of his life, Vicki Worthen. Vicki was his best friend, his steady, his laughter, his light, his everything. Family was most important in his life. Everything he did, he did for his family.

You could always find Scott with a book in his hand and a gun on his hip. He enjoyed the outdoors, shooting, music, woodworking, hotrods, teasing, and wrestling with his grandkids. 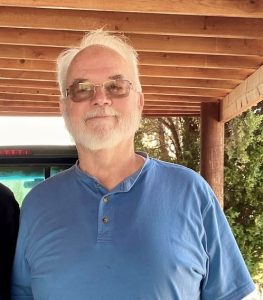