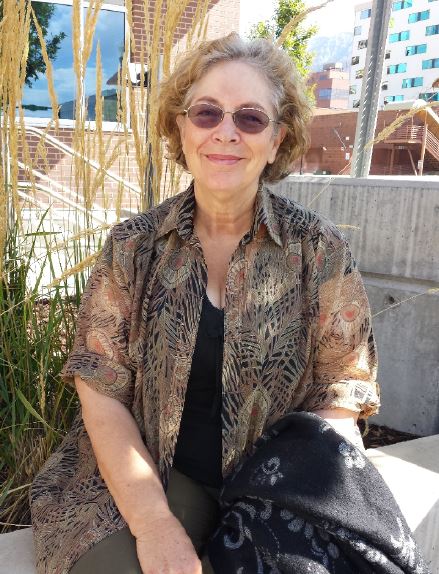 Shirley Ann Crosnoe Reay Nelson, born June 1, 1946 in Houston, Tx. to
Virginia Lee Douglas, and Charles Franklin Crosnoe. She is survived by
her husband, John G Nelson, sons David Reay, Reay Eugene Morrow
(Patrick Reay). Sister Linda Crosnoe, brother Charlies Langley, Half
Sisters Lynn Roberts, Patricia, Mary Jo, and half brothers Jimmie
Charles, and Gary Dale. Grand daughter Eeva Michaela Reay and Great
Grand Daughter Emma Ibarra. She was preceded in death by her Mother,
Father, Sister Joyce Crosnoe, and twin half brothers James and Albert
Foley.
She graduated from Brigham Young University with a Bachelor of Fine
Arts (5 year degree) and ran a pottery shop for several years in Lagoon
Amusement Park, Pioneer Village.
Shirley took great joy in teaching. She started out teaching special education reading at the
Intermountain Indian school in Brigham City, Ut. Shirley was a voracious reader of history which
fueled her desire to teach reading. That school closed in 1984 so she moved on to work for the
IRS service center in Ogden, Ut. When her future husband was transferred to Las Vegas by the
Air Force in 1987, she followed by transferring her IRS job to the Las Vegas service center.
While at IRS, she met another employee that had been an Operating Engineer and she told her
about the money she could make with the Union. Shrley applied and was accepted to the
Operating Engineer Apprentice program. She worked as an Operating Engineer for many years
and help build several of the high rise building in Las Vegas and Laughlin, NV. Surprisingly
enough her fear of heights did not stop her from running a man lift on the outside of those
buildings.
After a compound fracture of her left arm, she gave up operating engineers and bought and ran Jo
Jo’s Custom Framing Shop in Pine Bluff, Arkansas for 2 years. She then packed up the framing
shop and brought it back to Las Vegas. Upon returning, Shirley and John were married. Shirley
took time to then Home school her Grand Daughter and finally to provide child care to Emma
while Eeva worked.