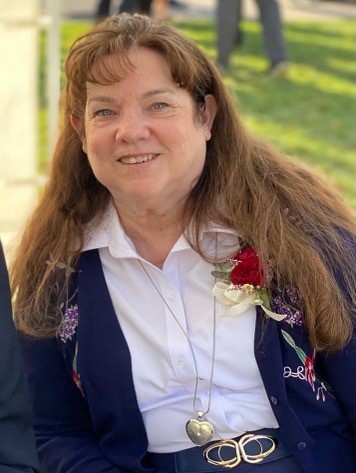 Our beloved wife and mother Terrie Renee Johnson passed away on December 14, 2020.  Terrie was born to Bennie Lee Nelson & Glenna Sullivan Nelson on October 9, 1954 in Fort Worth, Texas while her father, Bennie Lee Nelson, was serving in the Air Force as an M.P.  Her family lived in various places as her father served in the military.  Upon the passing of her mother, the family settled in Las Vegas, NV, after her father married Kathryn Bunker.  In 1970, she met Ed Johnson, who was the love of her life, and they were married on September 29, 1972.  Terrie was a lifelong member of the Church of Jesus Christ of Latter Day Saints and served in many positions within the church.  Terrie left her mark on the City of Las Vegas  raising four sons and a daughter.  She served many years in the Boy Scouts of America where she earned her Doctorate of Commissioner Science and the Silver Beaver Award.  Terrie spent many hours on the baseball fields of Las Vegas and volunteering in different board positions in Central Little League.  Terrie is very well respected for owning and operating a successful heating and cooling business (Lin-Air) in Southern Nevada.  Terrie will be most remembered by her family for her unconditional love and dedication, and her natural inclination to nurture everyone around her. She will be dearly missed.  Her family hopes to carry on her example of selfless service and dedication to her family and friends.  She was proceeded in death by her mother, Glenna Sullivan Nelson, who passed away on March 7, 1960, when Terrie was six years old.  Terrie is survived by her father, Bennie Lee Nelson and step mother Kathryn Nelson, her husband, Ed Johnson, by her four sons & daughter, and their spouses; Brent (Camille), Brad (Leslie), Layne (Angela), Lance (Mindi), and Katie Heier (Ammon), and her 15 grandchildren (Zane, Megan, Olivia, Zoe, Trevor, Jake, Zack, Susie, Mays, Savanna, Nathan, Chelsi, Lily, Jaxon and Lincoln