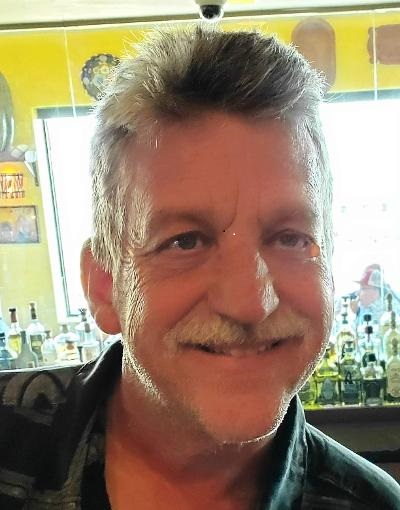 Thomas J Clark (Tom) passed away unexpectedly on Mar. 1, 2021 in Henderson Nevada.  He was born in El Paso, Texas on Feb. 11, 1958 where he spent his younger years.  His family moved to California and there he spent the next fifty years of his life. Tom graduated from Canyon High School in Orange California in 1976.  He went on to earn an AA degree. Then he became involved in various entrepreneurial ventures.  His favorite ones were being the owner of Standard Printing Products and the Safari Grill in Orange. Prior to his retirement he managed rental properties which allowed him to use his handyman skills. He and his wife Barbara relocated to Henderson in 2019 to spend their “golden years” together.

Tom was a huge sports fan who greatly enjoyed watching, playing and coaching basketball.  He was true to his Texas roots and always cheered for “his” Dallas Cowboys.

He got so much delight from having friends and family come to his home for gatherings so he could show off his barbequing and grilling skills. Thanksgiving was his favorite holiday and anyone was welcomed to join the traditional family dinner which always consisted of roasted turkey, ham (or some other meat dish) with all of the fixings. The greatest loves of his life were his wife Barbara and their children Tommy and Erika.  Tom and Barbara celebrated their 37th anniversary this year on Feb. 18th. They were devoted soulmates who loved doing things together and were rarely apart.  Tom adored family time with his wife and children.  Road trips were always an adventure and were some of their greatest memories. Living every day to the fullest, never sweating the small stuff and enjoying life’s moments was what Tom did.  He will be tremendously missed by all who knew and loved him.

Tom was preceded in death by his parents T.J. and Lisa Clark. He is survived by his loving wife Barbara and adoring children Tommy (Mary) and Erika. Other survivors include his older brother Bill Clark and two younger brothers, Paul and Rick Clark as well as many extended family members and friends.

In lieu of flowers the family would be honored if you chose to donate to your favorite charity in memory of Tom.

A Celebration of Tom’s Life will be held at 2 p.m. on Saturday, March 20 in the chapel at The Church of Jesus Christ of Latter- Day Saints located on 2701 East Pebble Road in Las Vegas Nevada 89123.