Tristan was born in San Diego, California on February 19, 1991, to Michael Wesley Sullivan and Laurie Dianne (Healey) Sullivan. Unbeknownst to them at his birth, he was born with an extra 21st chromosome, also know as Down Syndrome. He had none of the major health problems that sometime accompany children with T21 and was absolutely the most beautiful baby in the hospital.

Shortly after his birth, his little family made a change of residence to Miami Florida, Tristan celebrated his first birthday there and a short time later was joined by a brother Tanner Gordon Sullivan. Tanner made an early appearance on Christmas Day in 1992 and spent many weeks in the hospital until Tristan’s 2nd birthday on  February 19, 1993. The two boys were inseparable from that point on.

Tristan attended the Anne Stork center at the age of 2 for early intervention and later attended Westbrook elementary and Plantation Park Elementary school.

His family was very active in the their Church. They attended the Church of Jesus Christ of Latter Day Saints in the Ft. Lauderdale ward. There they met many friends that remain in their lives today!

In 1999 Tristan’s family moved to Las Vegas Nevada with a transfer for his fathers work. They ended up settling in  Henderson Nevada, where they still reside.

Tristan attended several different schools and enjoyed each of them making life long friends. He also played AYSO soccer with a special needs team that proved to be a major highlight in his life!

After finishing with school at the age of 22 he spent most of his days during the current school year at the City of Henderson’s Therapeutic Recreation program. He attended almost everyday for 15 years, until his health problems precluded him from attending. He absolutely loved going to “Rec” and loved the staff and participants to the point that he remembered almost everyone’s birthday.

While living in Florida and Nevada, Tristan made yearly family trips to various places in North America. From Mexico to visiting family in Canada and many places in between! We cherish those experiences with him and will fondly remember them.

On December 05, 2022. Tristan suffered a catastrophic choking incident at his home. He was revived by heroic paramedics and taken to St. Rose Siena hospital but didn’t regain consciousness. He passed away on December 09, 2022, after his brother returned home to say goodbye and was with his loving family the entire time.

Tristan is survived by his parents, brother, sister-in-law Julia and many aunts, uncles and cousins and soon to be nephew.

He was pre deceased by his paternal and maternal grandparents.

Tristan will always be remembered as a sweet young man that enjoyed teasing his family, loving his best friend and brother Tanner. Loving music and some very random and well enjoyed movies. Teen Nick entertained all of us for several years. He also spent many hours in our spa/hot tub sipping on an Orange Fanta, with his Dad. Attending his “Rec” program and hanging out and traveling with his Dad and Mom.

His memorial service was held December 17, 2022 at the Church of Jesus Christ of Latter Day Saints, Mission Hills Chapel.

Tristan was also a hero by donating several organs to help extend the lives of others.

We will miss him more than words can convey, and look forward to the day we can be reunited as a family. 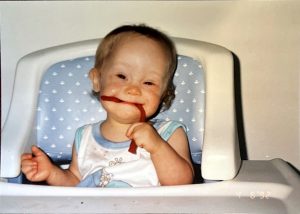 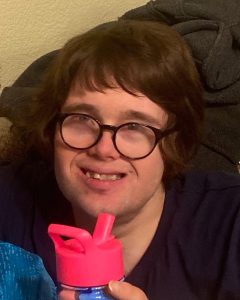