Wayne was preceded in death by his father, Joseph S. Gorman; his mother, Caroline Gorman; his brothers, Joseph and Terry; and his sisters, Virginia (Gorman) DeBella and Kathy (Gorman) Nielsen.

Wayne was born September 13, 1951 in Lincoln, NE.  He was a structural steel painter by trade, working on many of the bridges around the San Francisco Bay.  He and Corey moved to the Reno area in 1994, establishing their permanent home in Fernley in  December, 2002.

Wayne loved working with plants, making their back yard a park-like setting, complete with home-built arbor and, as Nathan once called them, his “award-winning roses”.  He was also an avid gun collector and enjoyed target shooting, along with Corey and sometimes Chad.  He once belonged to the Stillwater Firearms Association in Fallon, NV, and was a proud member of the NRA for many years.  He enjoyed wood-working, as well, making tongue and groove drawers for his workbench in the garage.

Wayne was selective in choosing his friends, but when he did, they were friends for life.  He will be sorely missed by all that knew him. 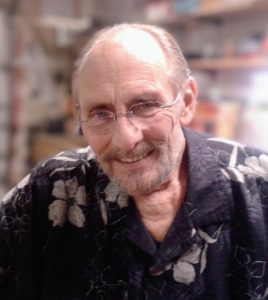