William Larry Almond (Bill) passed away November 11, 2022, surrounded by his family, from Lewy Body Disease.  He was born November 4, 1948 to Arnold Almond and Irene Richeson in Portland, Oregon and then moved to Sparks, NV in 1953.  He attended school in Sparks starting at Robert Mitchell through Sparks High School. He was the quarter back of the football team. He loved fast cars (which helped him get acquainted with many of the Sparks Policemen).  During his High School years, he worked for Tom Ainsworth at his gas station, where he learned all about cars. He spent many summers in West Point, Utah working on his Uncle’s Dairy Farm and playing with his cousins.   He also worked for Albertsons before going to work for the cable company for over 20 years, both here and in Southern California.  He sold real estate for Ferrari-Lund for 25 years.

He was known for his quick sense of humor, his love of adventure and family gatherings. You often found him surrounded by family at the lake on a jet ski, or in the mountains on a quad, or at 6 Flags Amusement Park.  Many of his nieces and nephews learned to drive in his big blue truck. (He was very upset when the Doctors told him he could no longer drive due to his disease). Until the end he was convinced he was a better driver than any other drivers on the street.

He was an active member of The Church of Jesus Christ of Latter-Day Saints. He served in many callings. He was married and sealed to his eternal companion, Roseann Jamieson, in the Oakland Temple.  They were happily married for 30 years.

He is survived by the children he adored, Kent Almond of Reno, Nevada, Kimberly (Hardy) Bullock of Truckee, California, and Breann Almond of Salt Lake City, Utah.  His sisters; Peggy Hall (and the late Walter) of Sparks, Nevada, Laura Laramie (Jack) of Sparks, Natalie Almond-Barnes (Carl) of Garland, North Carolina, Brenda McKenzie (Jeff) of Sparks, and Tracie (Randy) Cotter of Sparks, his brother and sister in laws, Scott (Lauren) Jamieson of Reno, Bradley (Maxine) Jamieson of Reno, Gary (Kathy) Jamieson of Fallon, Julie (Cevin) Riley of Reno, Jeffery (Shelley) Jamieson of Reno, Jan (Eric) Galvan of Reno, and his 6 grandchildren.  He is preceded in death by his mother Irene (Bud) Herrmann, father Arnold (Rosalie) Almond, his brother, Dale Almond, and his nephew Mitchell Laramie. Uncle Bill made every one of his 88 nephews, nieces and great nephews and nieces and great, great feel like they were his favorites. He transitioned to eternal life on November 11, 2022. He will be cherished forever by his family and friends because of his great hugs and his compassionate and loving heart. We will celebrate his life in a funeral for him, Saturday, November 26, 2022, at 11:00 a.m., at The Church of Jesus Christ of Latter-Day Saints, 1095 Golconda Drive, Reno, NV, 89509. 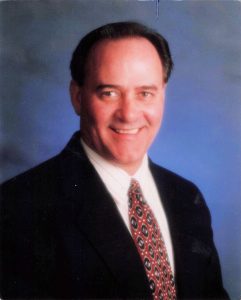